Note: The information contained within the War on Human Health sections is merely a glance at some of the ways by which human health is under attack. It is by no means complete or comprehensive, and is only provided as a rough guide to promote further inquiry and study into these and other related topics. Please do not believe anything until you’ve confirmed its veracity for yourself, and please do not limit your research to that which I’ve presented here.

By continuing, you agree that you have read the Disclaimer. 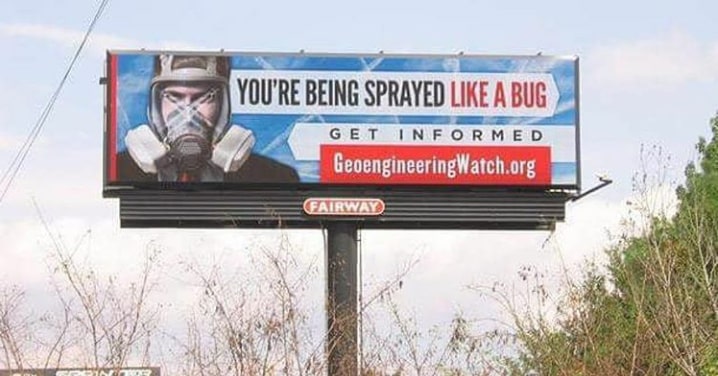 
Our skies haven’t been the same since. 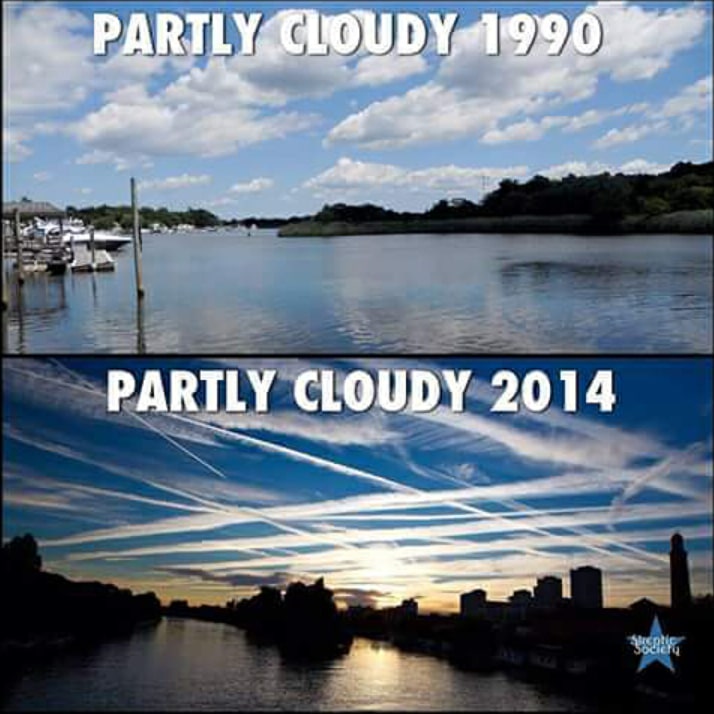 While propagandists and those in denial claim the trails are normal condensation trails created by the engines of the planes (i.e. contrails), photographic and video evidence shows this is not true. 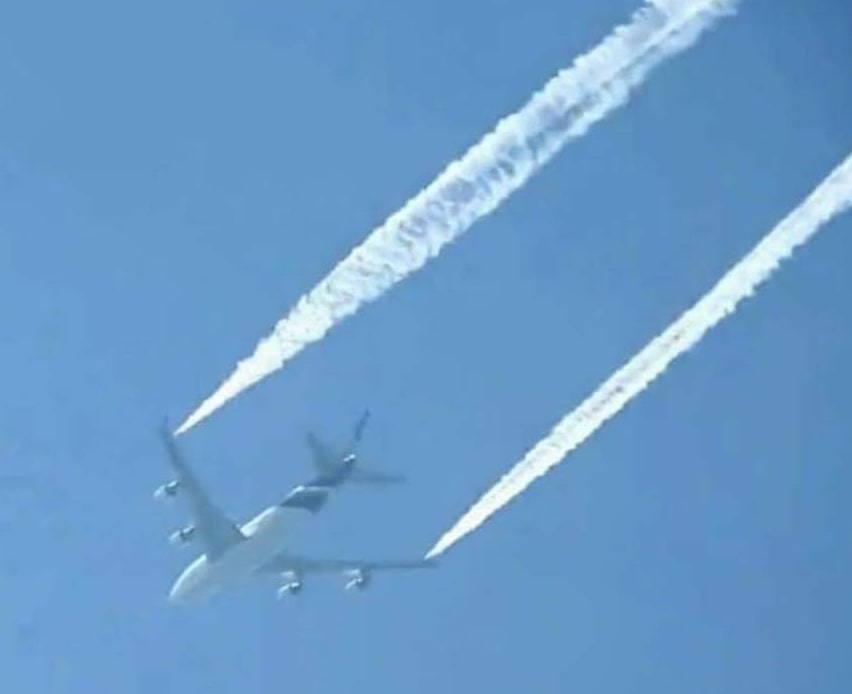 Numerous photos of what appear to be the insides of chemtrail planes have been leaked, a few of which are below. Passenger seats are removed, replaced by massive vats, pumps, and pipes. 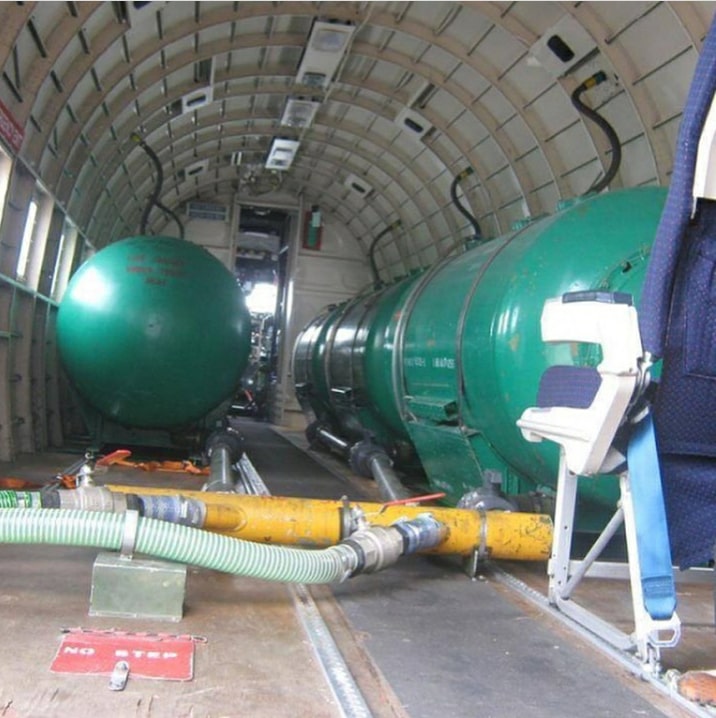 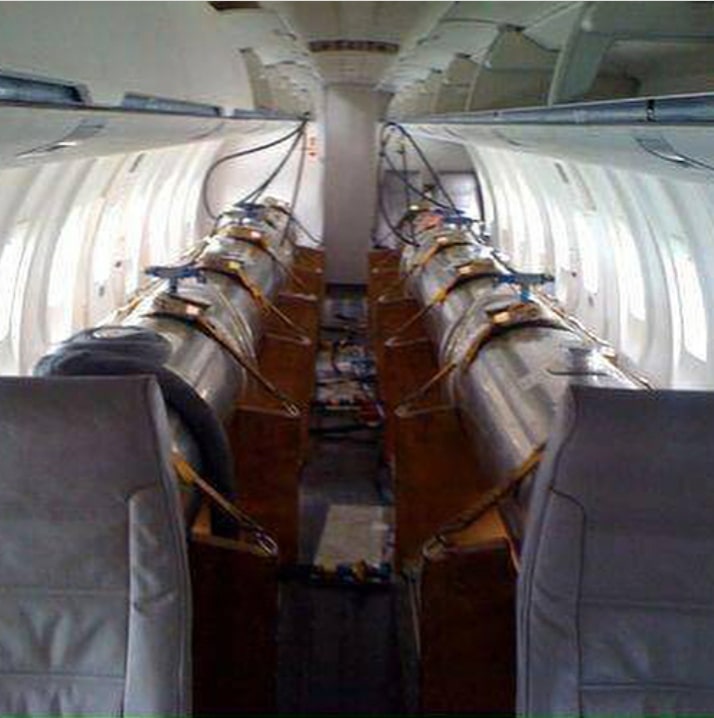 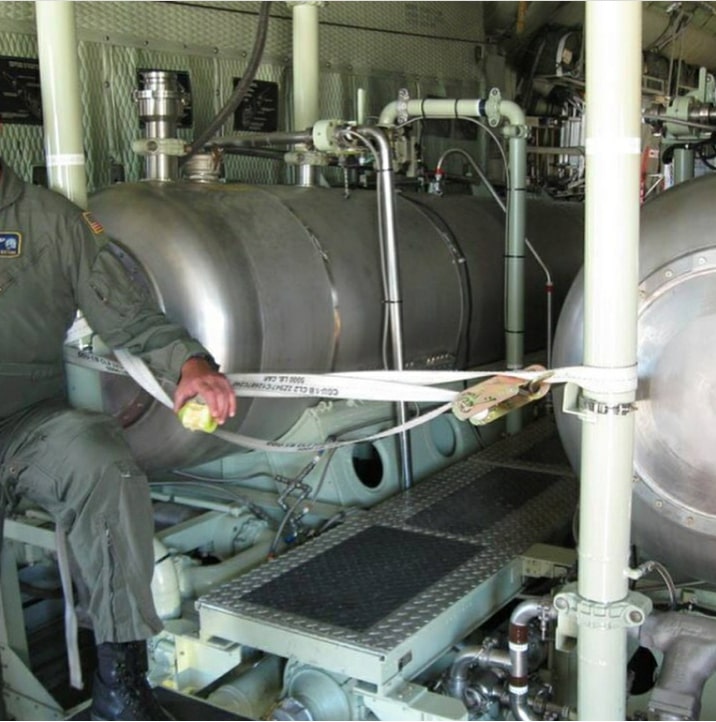 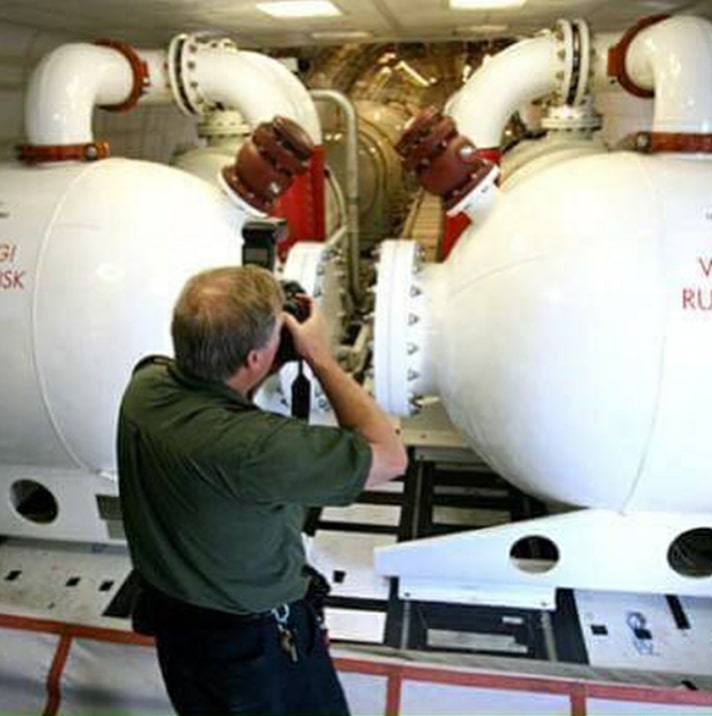 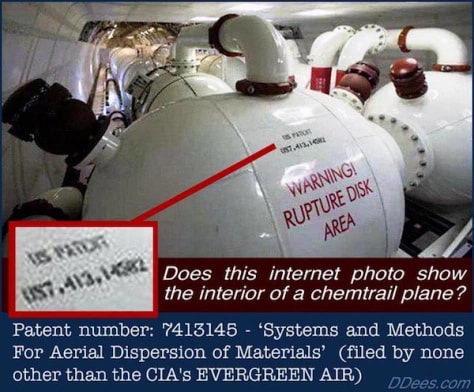 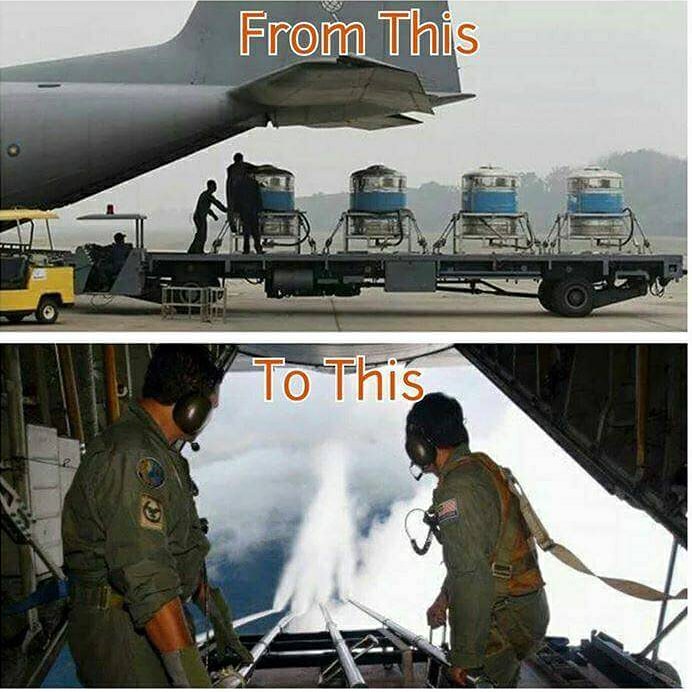 While the government and mainstream media tell us we should be outraged at suspected chemical attacks in Syria and elsewhere.... 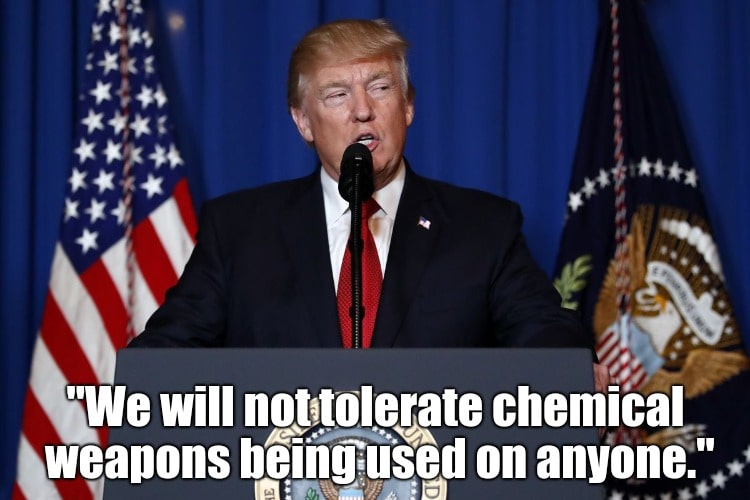 ...skies in the United States often look like this: 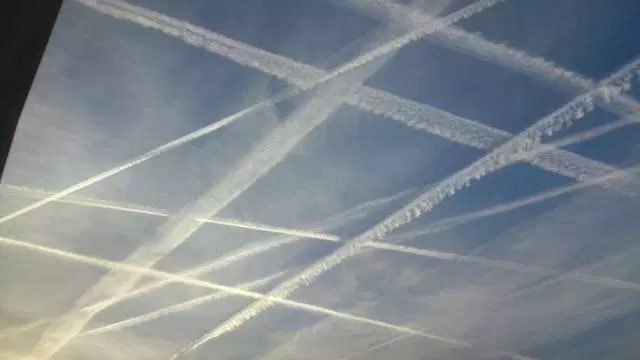 The government has consistently denied the existence of chemtrails, but its very own documents tell a different story. 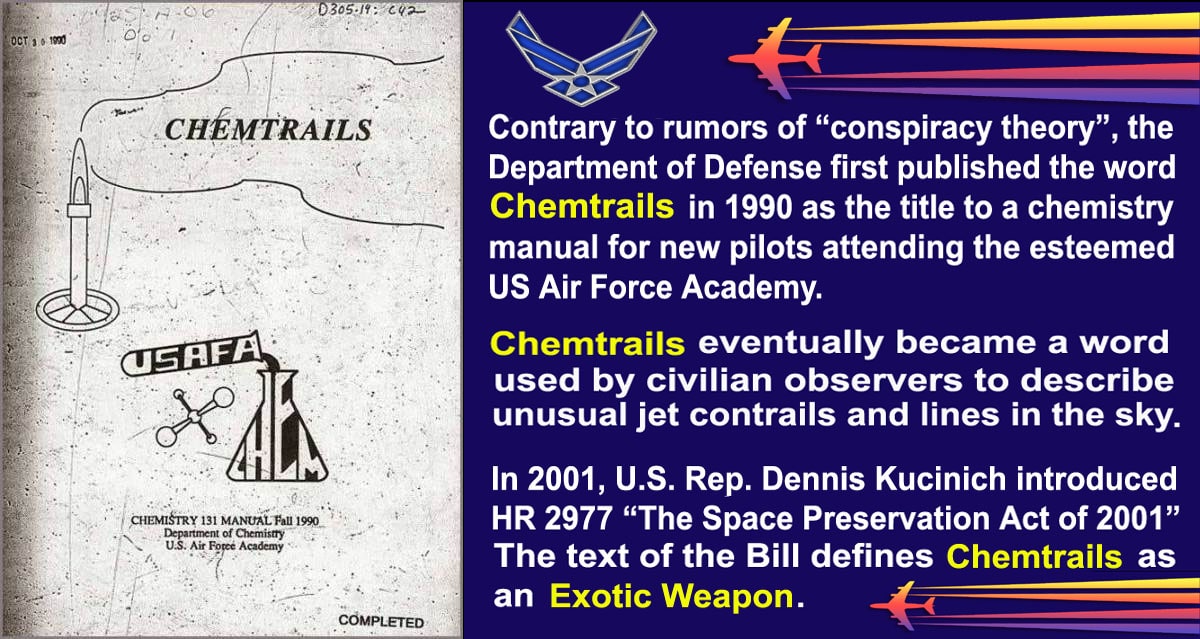 
CIA Director John Brennan has spoken of a spraying program, stating that its purpose is to block out the sun to slow global warming. But since global warming and climate change have been exposed as hoaxes (see https://www.naturalnews.com/2017-07-25-global-warming-bombshell-systematic-science-fraud-revealed-in-alteration-of-temperature-data.html), this explanation holds no water.


In spite of denials by authorities and debunking attempts by those working for the control system, a number of professional pilots, doctors, and scientists have come forward with disturbing evidence.

The evidence that they and others have gathered shows the trails contain a variety of toxins, including aluminum, barium, and strontrium. Some have also reportedly uncovered the presence of what could be considered biological warfare agents (https://www.tokenrock.com/explain-chemtrails-115.html). The trails could contain anything, and could vary from day to day, or from region to region. The chemtrail program seems to be one giant experiment, and we are the lab rats.


An entry in the scientific journal Environmental Health links aerial spraying to a wide range of negative health effects, including:


What is the true purpose behind chemtrails and the almost daily saturation of our skies? Chances are it’s far more sinister than modifying Earth’s weather, or blocking the rays of the sun. Chemtrails are likely another weapon in the war against both nature and human health.

The spraying is almost certainly contaminating the air we breathe, the soil in which we grow food, and the water that we drink. 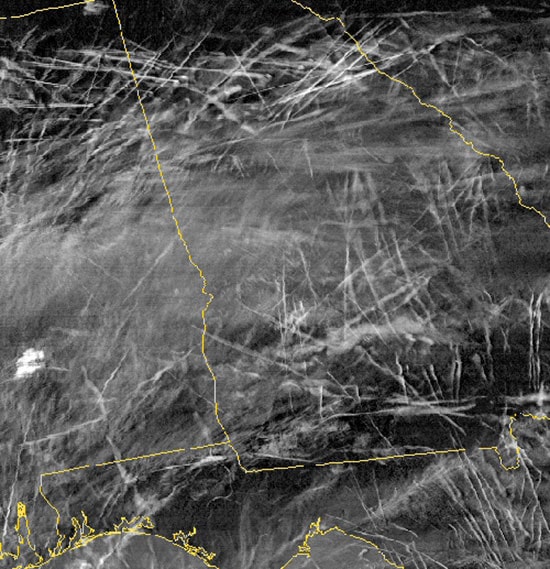 A few brave individuals have stepped forward in an attempt to warn the people.

Formerly of the United States Air Force, Kristen Meghan blew the whistle after discovering her branch of the military seemed to be involved in the spraying program. What was her reward for doing her job, and doing the right thing? She was threatened and ultimately kicked out of the military.


Former FBI Chief Ted Gunderson understood the nature of the program, and spoke out against it, shortly before his death.


Having gone on for years now, it may be only a matter of time before the level of contaminants in our air, soil, water, and in our bodies reaches an irreversible point, a point at which our very survival is threatened. 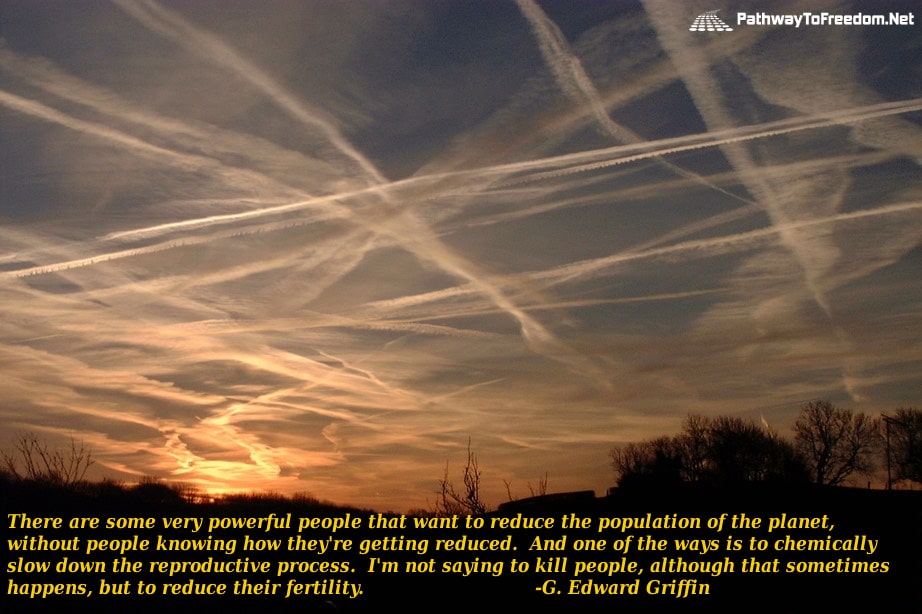 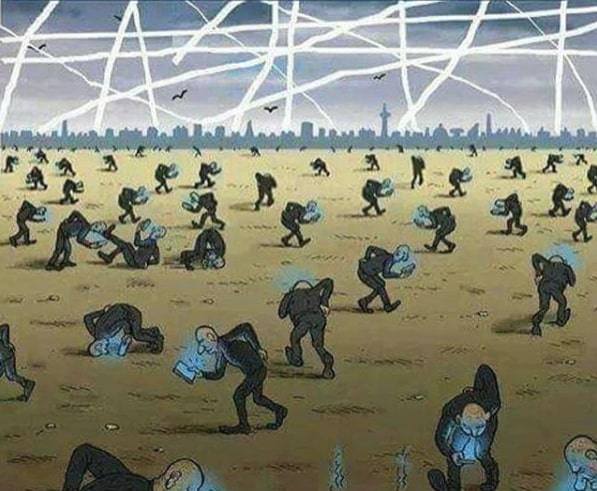 Most never even look up.


Like Kristen Meghan and Ted Gunderson, Kimberly Carter Gamble is another brave individual who has spoken out about this ongoing crime against humanity. In this video, she offers some suggestions for actions we can take.


By not speaking out, and by not taking any action, humanity is effectively consenting. By remaining passive, evil is able to do as it pleases.

Because humanity has chosen to remain both ignorant and inactive, the mass poisoning of our world continues, and an uncertain future awaits. 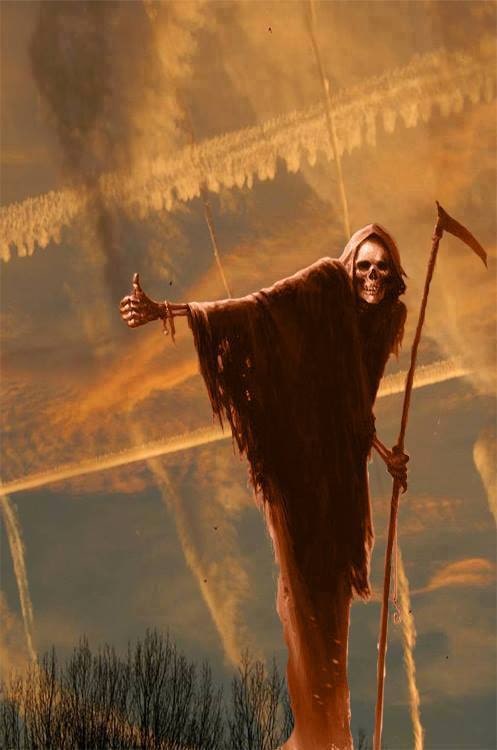 What In The World Are They Spraying?


Why In The World Are They Spraying?


Back to the Section 5 Menu