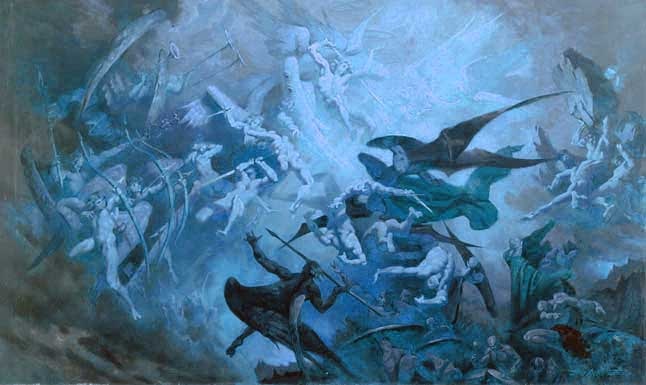 People have been led to believe that we’re fighting many noble wars. We have:

But, in actuality, there’s really only one real war going on. 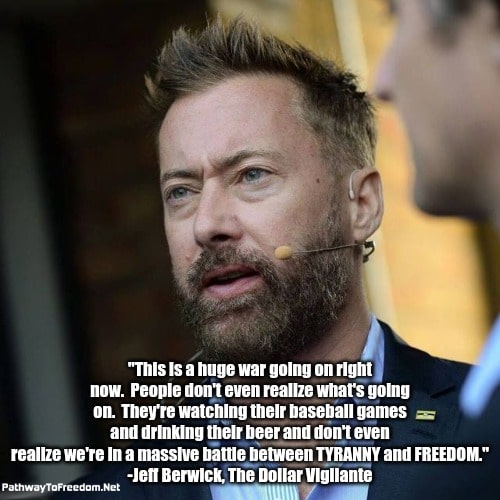 It’s the war between tyranny and freedom, between a small number of families whose members believe they have the divine right to rule, control, and dominate... and the people. Some have become aware of this war, but the vast majority still have not.

This is not a war fought with guns, tanks, or bombs. This is a silent war, fought for people's minds and, ultimately, their souls. It's being fought in the realm of consciousness, and it's manifesting in the physical. It's a war against humanity and nature by something that I call the control system. This system and those behind it are evil to the core. 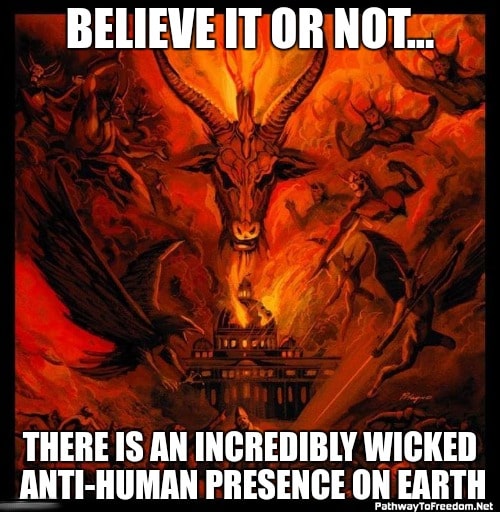 The control system has been set up by the ruling class, a small network of financially wealthy families who have been in control of Earth and its resources for hundreds, if not thousands of years. These families believe they are genetically superior, and therefore have the right to lie, cheat, steal, dominate, enslave, and murder. 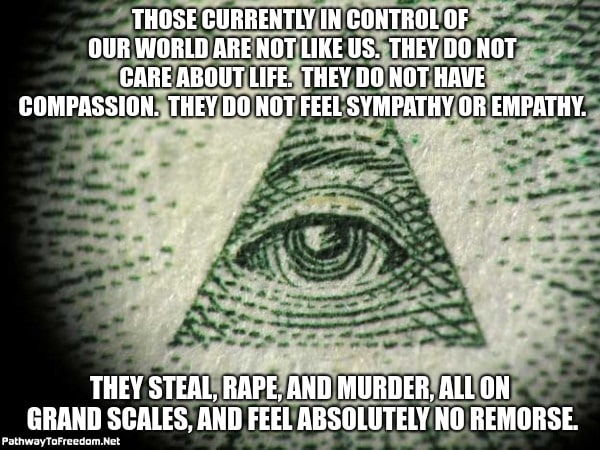 These families operate from behind the scenes, out of the public’s eye. They have set up the control system, the pyramid of power, secret societies and organizations, and the status quo to ensure that they remain as masters, and humanity remains as slaves. And they’re working toward a much more sinister goal. They rely on mind control to maintain and expand their domination. 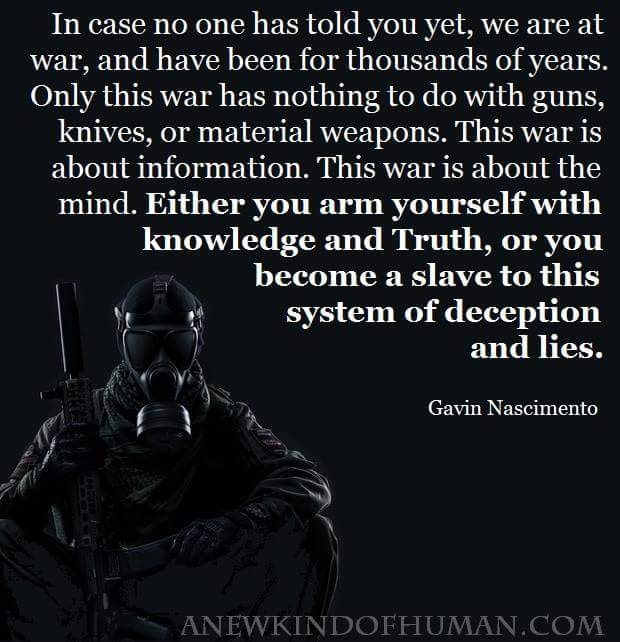 With this war, the fate and survival of the human species lies in the balance.

The greatest accomplishment of these ruling families and their control system thus far has been to convince the vast majority of people that they and it do not exist.

Most, even when presented with clear and unequivocal evidence of such a system, will refuse to even consider its presence.

Evil exists, and is firmly in control. In fact, evil is dominating our world.

"This world is run by a criminal class... They're criminals. They're scum. They're the scum of the Earth."

While most people remain oblivious, these families and their control system work tirelessly toward their goal of imposing a state of complete and inescapable tyranny, while stamping out life, freedom, love, and consciousness. They have been so successful, practically every major industry has been corrupted.

We’re now at a critical stage that will determine whether we survive, or are imprisoned and ultimately destroyed. If we don’t start making moves to protect ourselves, this will symbolically be our collective future: 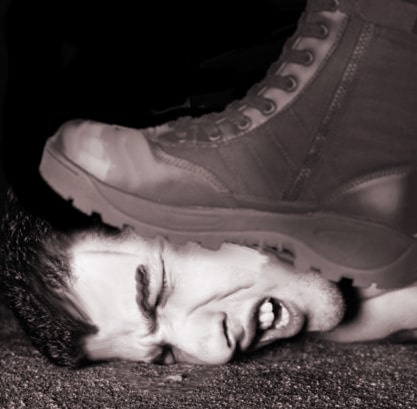 We’re allowing ourselves to be led down an increasingly dark path, headed directly toward extreme, widespread suffering, the likes of which most of us cannot imagine.

And as each day goes by, the window of opportunity to extricate ourselves becomes smaller and smaller.

"Slowly but surely, freedom is being wiped out, all over the Earth."

Evil has taken over our world, and it relies upon lying, stealing, cheating, coercing, and murdering. It works to dominate people, children, animals, and nature. Its ultimate goal is humanity in chains, destroyed, suffering, and powerless, forever. And most people, through their ignorance and selfishness, are helping to manifest this outcome.

Who exactly is behind this war against freedom, consciousness, and life itself? Who is at the top of this control system pyramid? 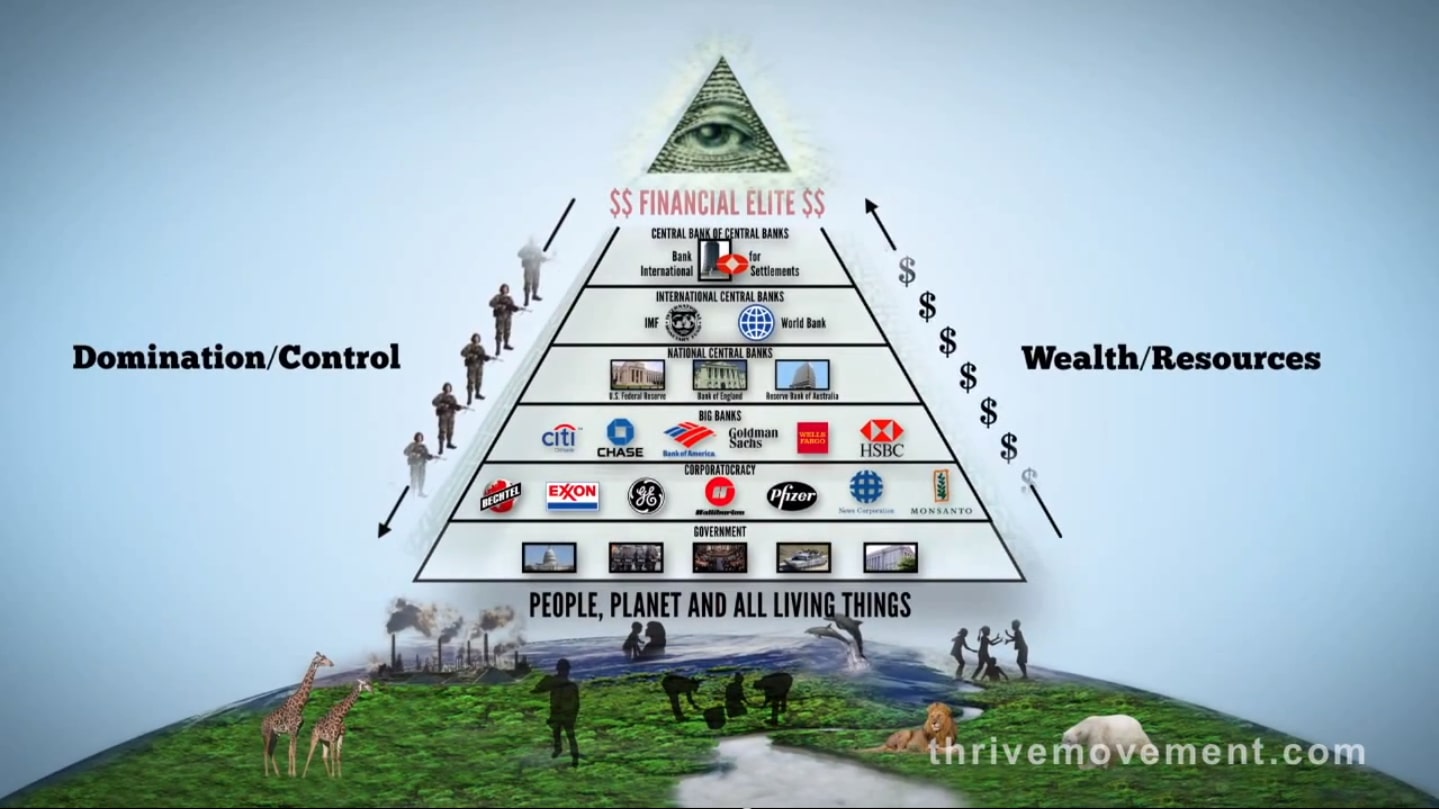 While these types of pyramid structures may suggest that our enemy is those atop the power hierarchy, the truth is that the hierarchy is merely a product of humanity’s current state of consciousness. We have allowed this type of a system to manifest and we have allowed those in control to attain and remain in control.

As such, it matters not who is at the top. If those at the top were eliminated, others would simply take their place. Until we change ourselves and our behavior, we will continue to suffer against the same enemy and the same system, until the point at which it becomes too late. 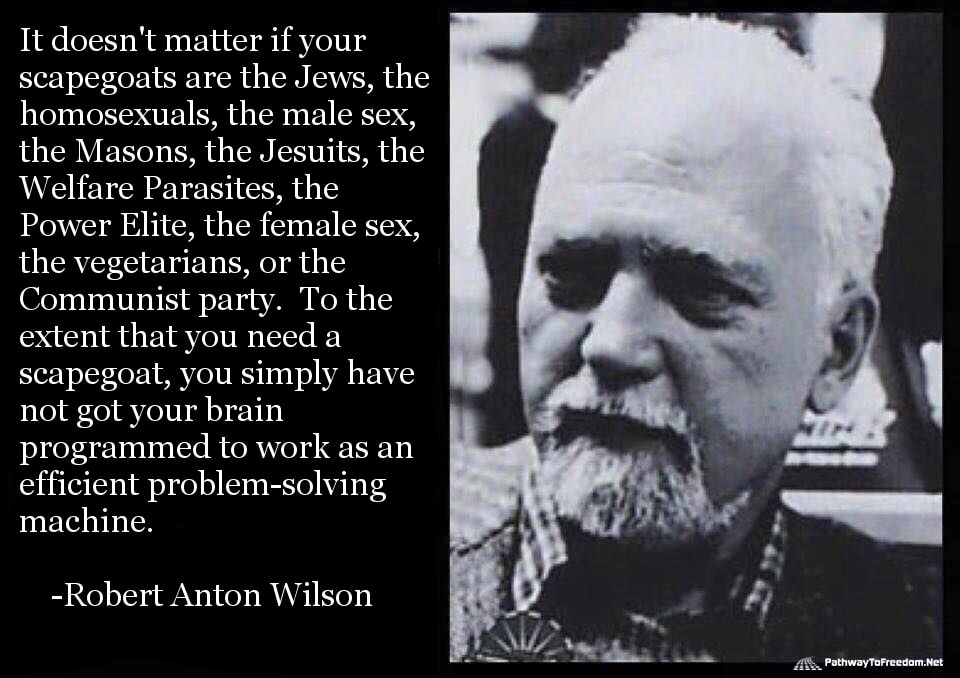 While it is true that there is a parasite sucking the life force from most living beings on Earth, we are choosing to give it power, and allowing it to remain.

The ultimate enemy is not any particular group, but rather humanity’s widespread ignorance, apathy, and unwillingness to do the right thing.


A Glimmer of Hope


To newly opened eyes, the future may seem bleak, but we must understand that we have the power to change the future. It is our ignorance, our cowardice, our apathy, and our unwillingness to change that is leading us down this dark path. We have the opportunity to change our direction, but to do this, we must change ourselves, and make this change as soon as possible.

Time is quickly running out... 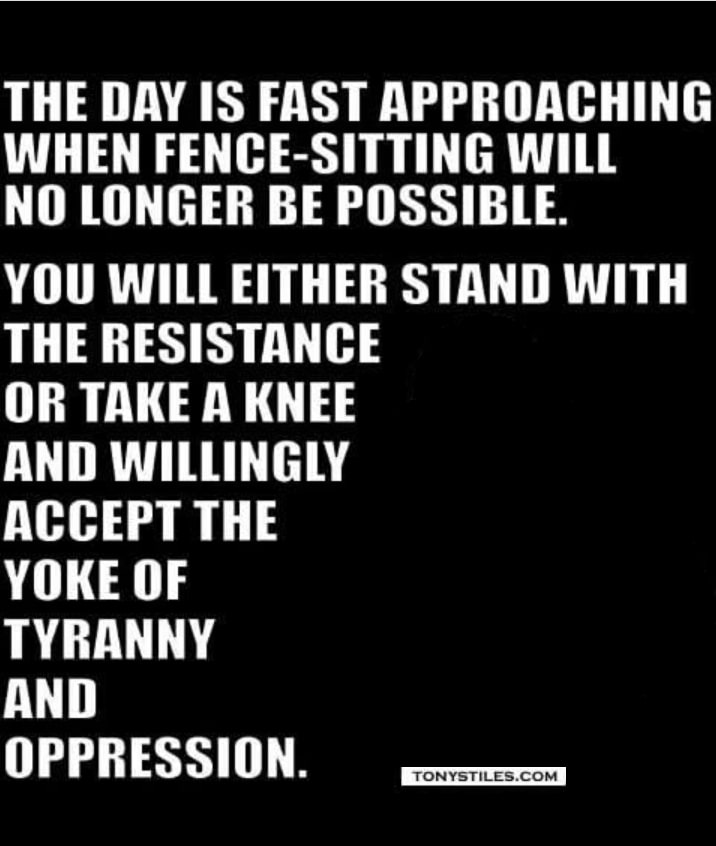 Providing hope is the fact that there is a small but significant group of people who have discovered what's really going on, and are no longer allowing themselves to be manipulated. These people have become aware of the war against humanity, and are trying to do something about it. The control system and the groups behind it are working hard to censor, marginalize, and ultimately eliminate these people.

It’s not a foregone conclusion that humanity as a whole will awaken and take the necessary actions in time to survive. It will take extreme amounts of energy, attention, and effort to change our path.

Our future, and the future of all species lie in the balance.

Back to the Section 1 Menu
On to Section 2