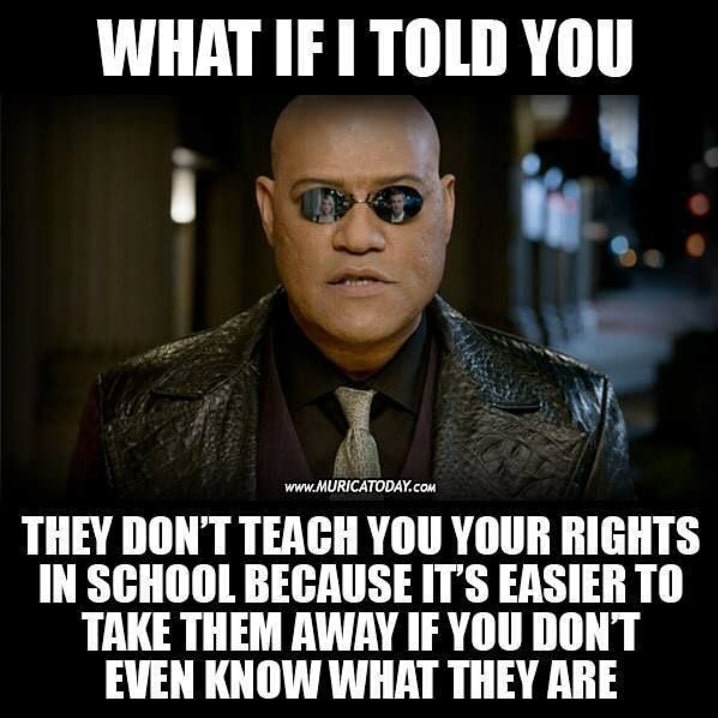 On the Morality page, we looked at the objective difference between right and wrong inherent within nature.

With this knowledge, we can now describe our rights:

Simply put, we have the right to be left alone to live in peace, and take any actions, as long as we’re not initiating harm against other living beings or their property. 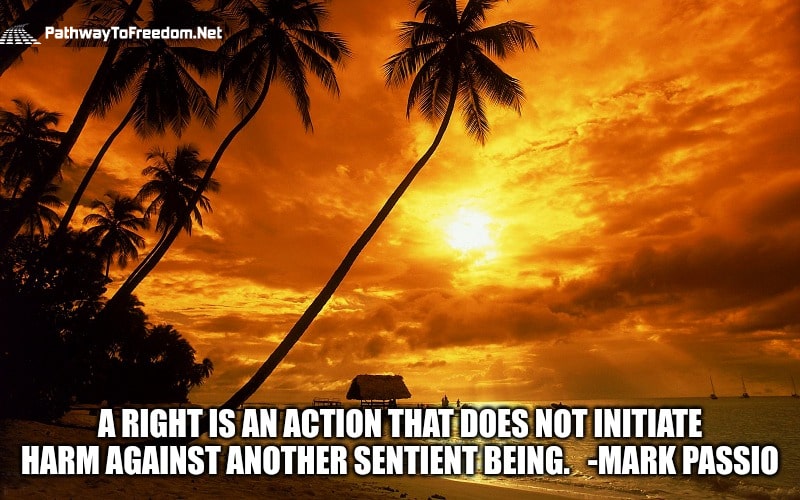 Anyone who tries to interfere with our life, our actions, or our property is guilty of committing an act of violence. The word ‘violence’ refers to any act that violates one’s rights. 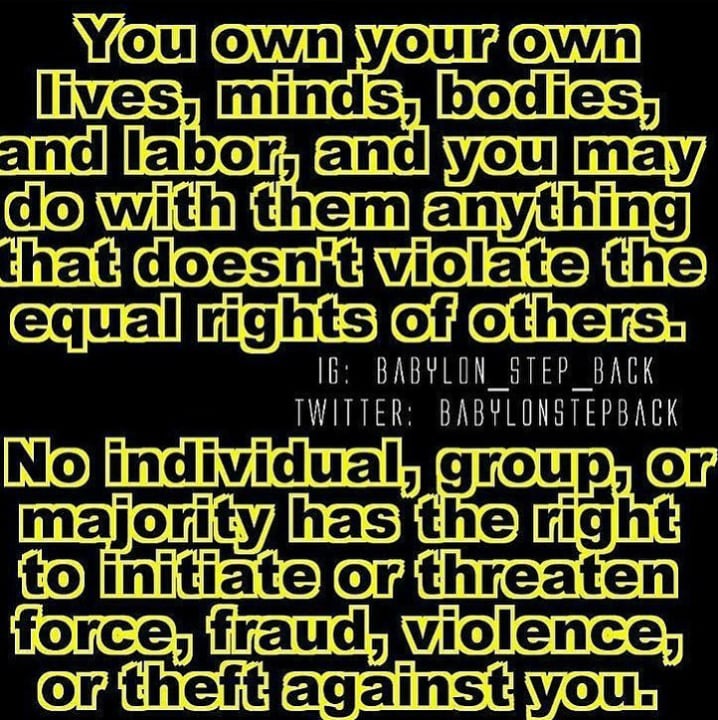 Rights are not granted by people nor government, but rather are inherent within nature itself. 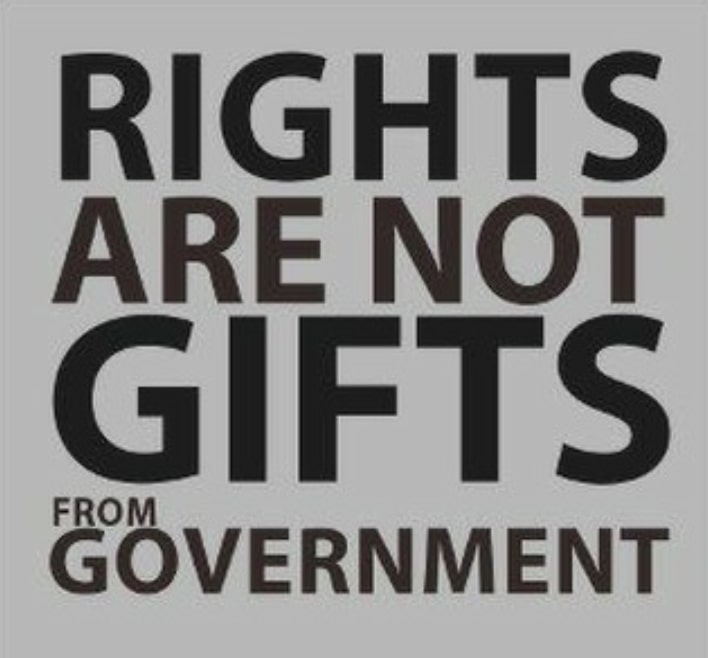 But government and those who control government keep people ignorant of their rights in order to maintain their rule over them. 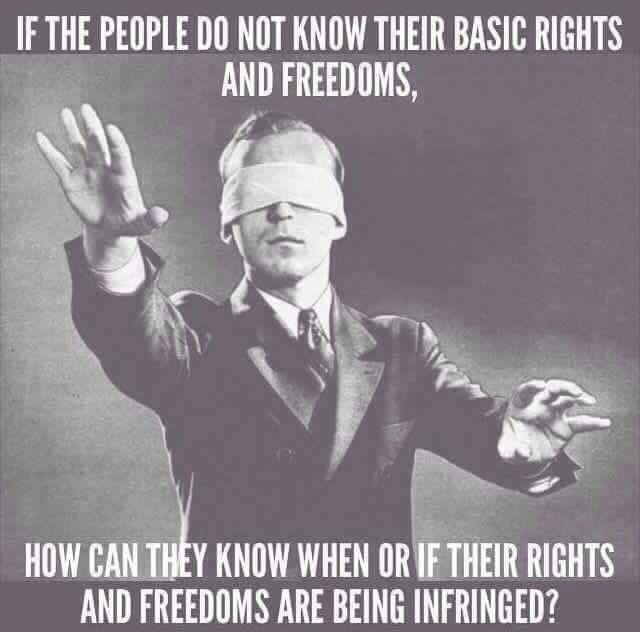 Those who believe in the legitimacy and necessity of government and man-made laws do not understand their rights, and are effectively helping to keep all of humanity in a state of slavery. 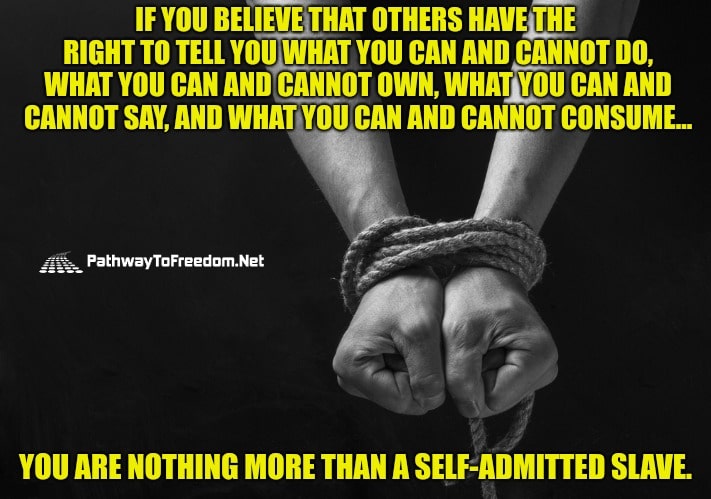 
Embedded within our inherent rights is the right of Self-Ownership. Self-Ownership is the truth that every single person owns themselves, and therefore has the right to make any and all decisions that affect them, provided those decisions do not result in the initiation of harm against others.

Those in control do not want people to understand the truth of Self-Ownership, as widespread understanding would threaten their stranglehold on humanity.

It doesn't matter what any law, rule, regulation, or so-called authority says.

Failure to understand the truth of Self-Ownership leads to a progressive encroachment upon people’s freedoms and rights, and this is precisely what is occurring today. 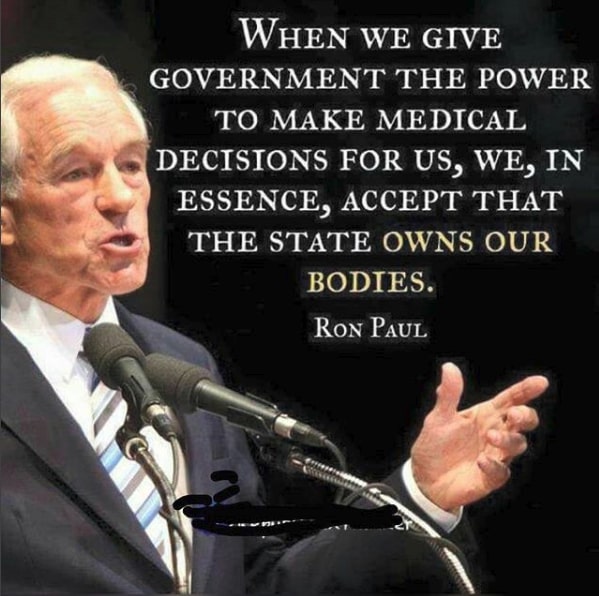 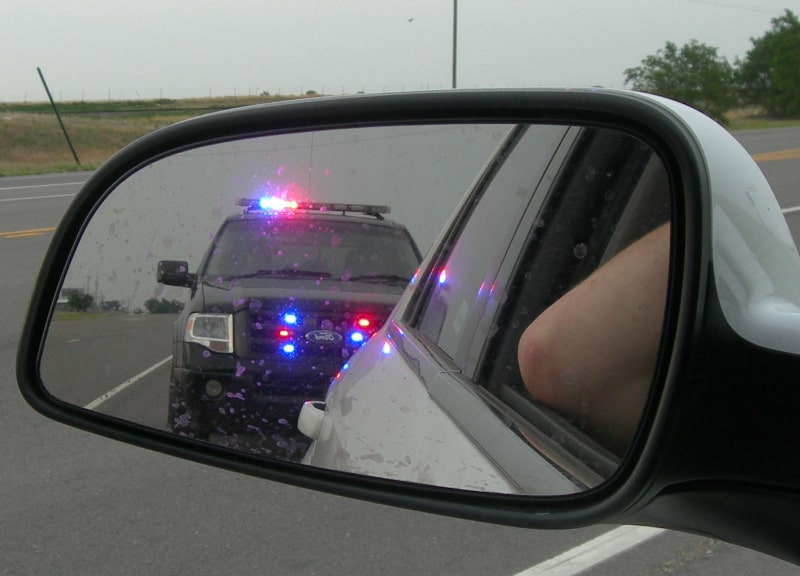 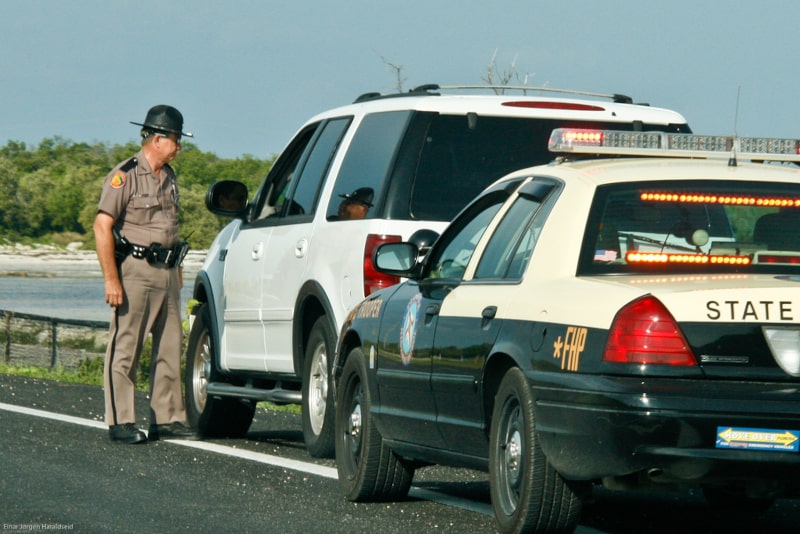 In order to determine the answers, remember we should ask the question: Does the action being taken initiate harm against other living beings?

Or, we can ask: Is there a victim?

In practically all cases, if there is no victim, then there is no wrongdoing, and therefore no crime.


Another right embedded within inherent human rights is the right of property ownership. Property is anything that is rightfully acquired without the use of theft or coercion.

For example, if we buy a knife, it becomes our property, and we can do whatever we want with it, as long as we don’t use it to initiate harm against others.

No one else has the right to do anything with it or to it, because it's not their property; it's ours. The only exception would be if we're using it to initiate harm against others or their property.

Those in control seek to confuse people about their rights, especially the right of property ownership. And they’ve been extremely effective, as most people have been tricked into believing that, for example, taxation is not a wrongdoing. 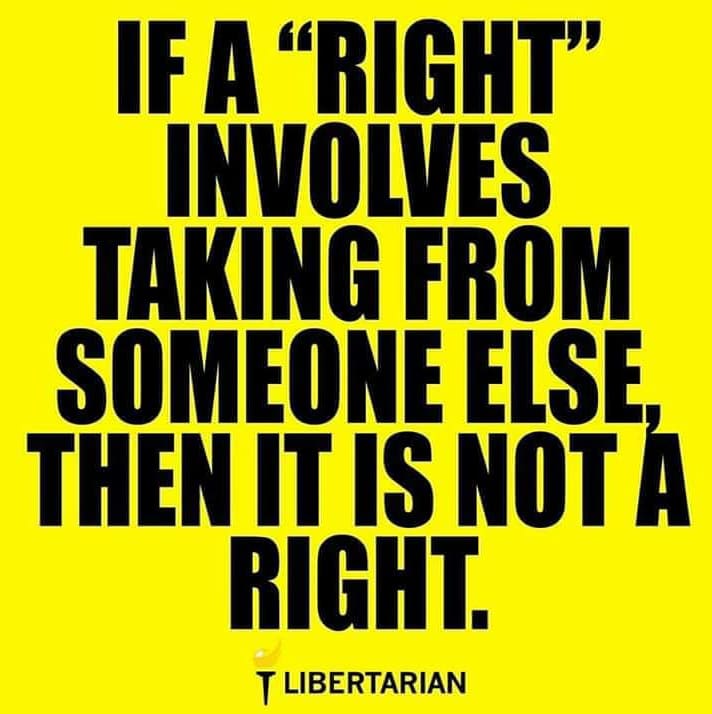 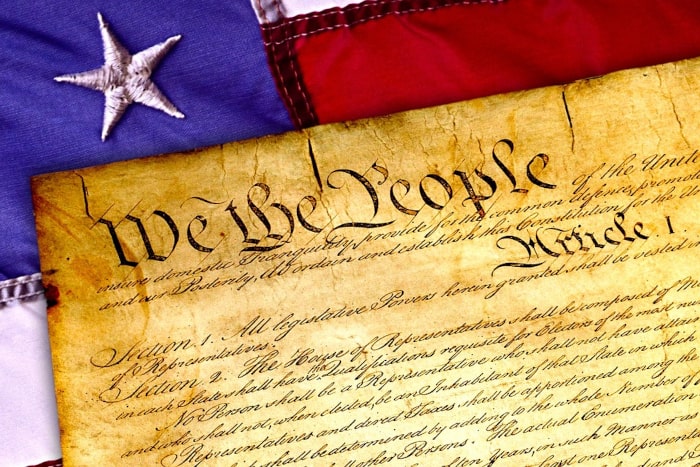 In the United States, many people believe the Constitution gives them their rights. But did we all read, understand, and consent to the contract known as the Constitution? While the Constitution may have been the greatest attempt at crystallizing rules that would result in the preservation of the people's rights and freedoms, rights are inherent within nature itself, and cannot be created, modified, or destroyed by words on a piece of paper. And rights apply to all people everywhere, not just within certain territories linked to certain legal documents.

Accepting the Constitution as law means that one must also accept any other made-up, written rules as law. This can only lead to a destruction of our rights, and has led us to our state of slavery today, all over the world. 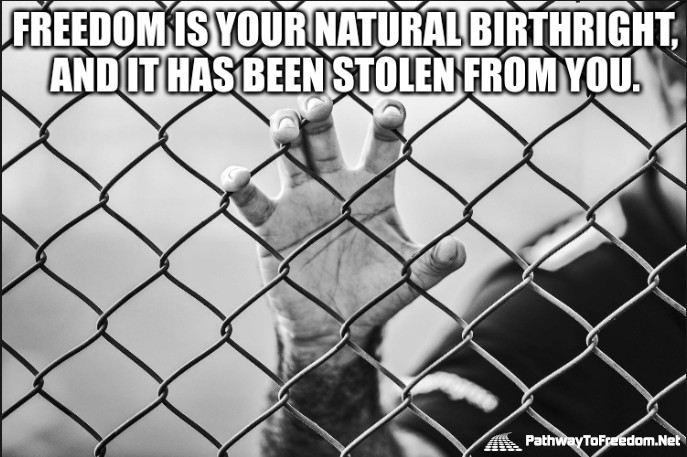 
Right are non-negotiable. They never change. They always have existed and they always will exist. Rights can never be given, and can never be taken away, in spite of what those in control want everyone to believe. 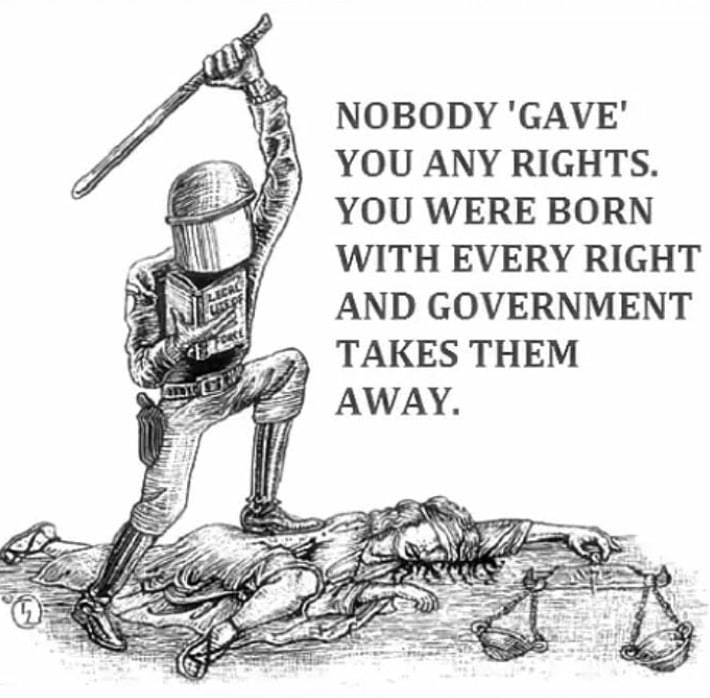 No one can be granted more rights than others, and no one can have their rights reduced or taken. We all have the same exact rights. 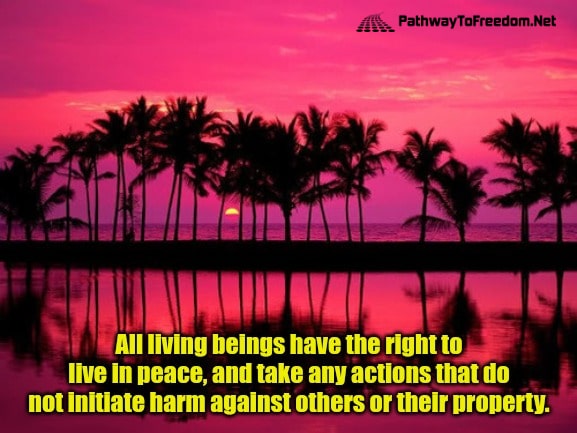 Any divergence from this understanding leads to violence, suffering, and, ultimately, slavery.

Being sovereign means 'above rule'. It means no one is above us, no one owns us, and no one can hurt us, steal from us, or force us to take actions against our will. It means we alone are in charge of ourselves, our actions, and our property. It is a universal truth that is intentionally hidden from humanity. 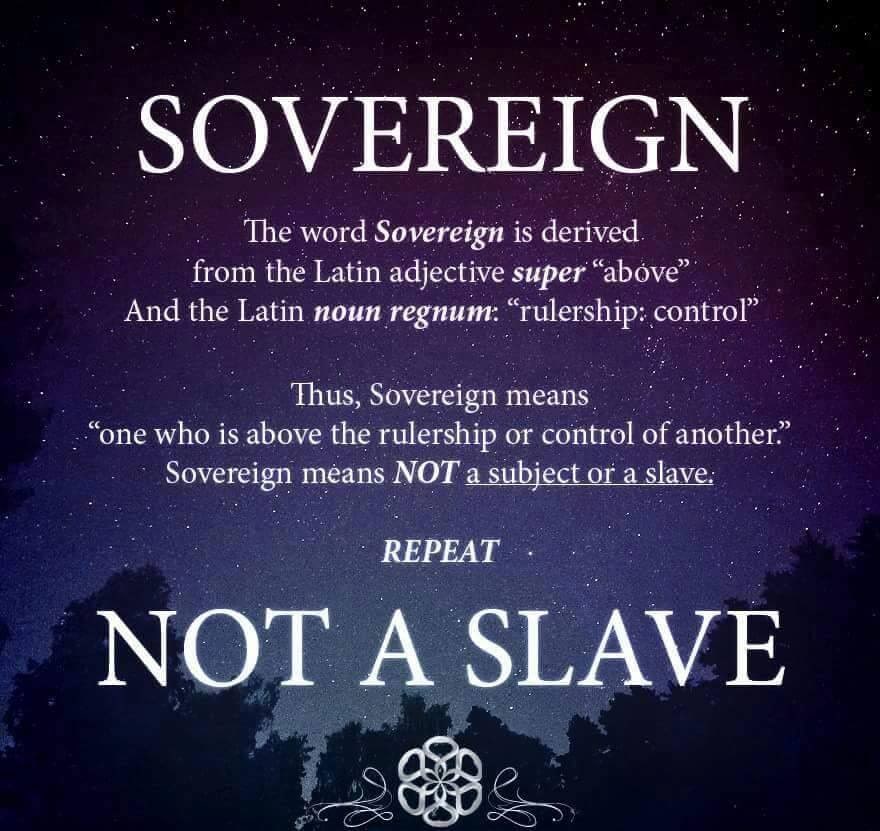 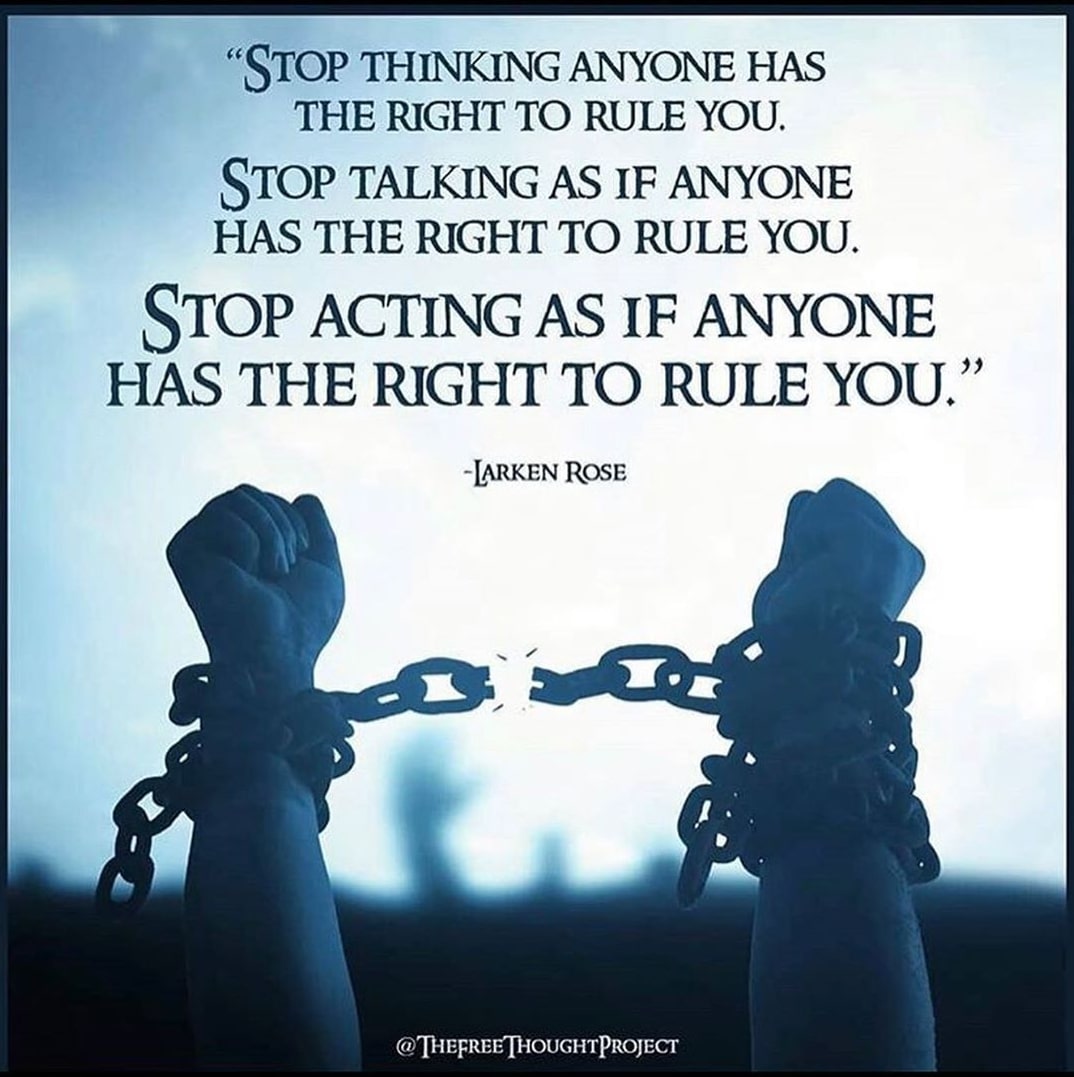 Recognition of our sovereignty is a critical first step in freeing ourselves from the current system of control. 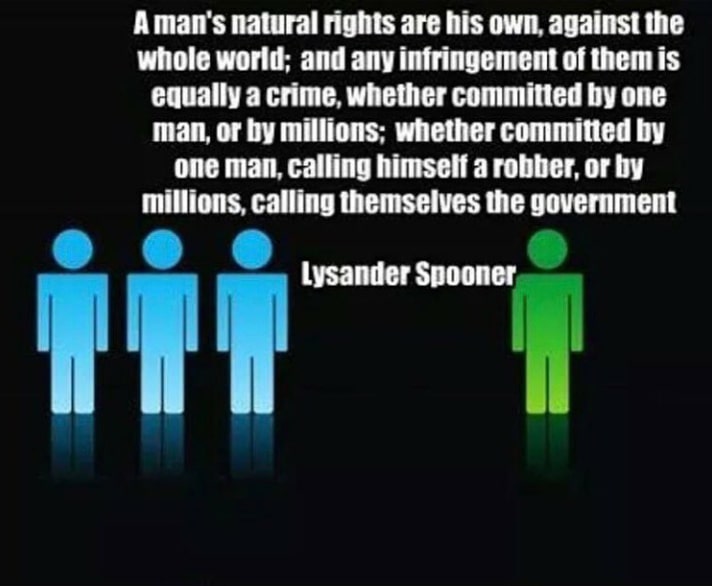 At this point in time, only a minority understands their rights and sovereignty, and is willing to stand up to protect them. The result is everyone progressively losing their freedoms. And this will continue, until humanity learns the easy way (by learning and then taking action to protect themselves and others)... or the hard way... 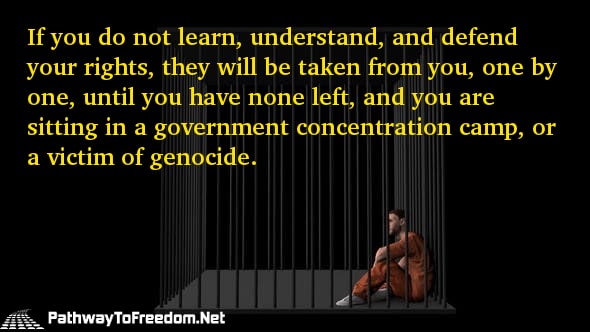 It is essential that as many people as possible learn and understand their rights, and begin standing up to protect them. If we do not do this en masse, we will continue to have them infringed upon, until we are nothing more than cattle waiting to be slaughtered. 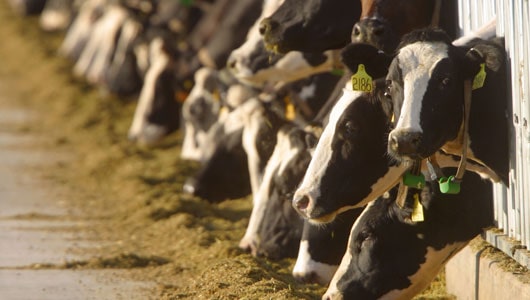