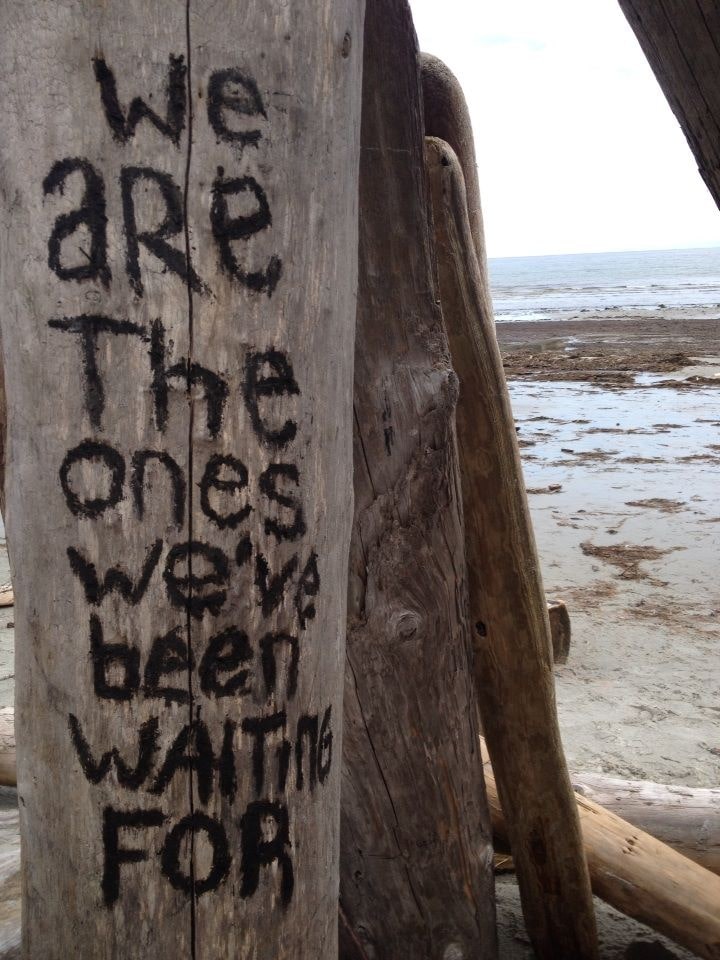 Reality is built out of our collective actions. When our actions are based on ignorance, disinformation, and low consciousness, the result is a world of chaos, suffering, and slavery.

When our actions are based on knowledge, truth, and high consciousness, the result is a world of order, happiness, and freedom. 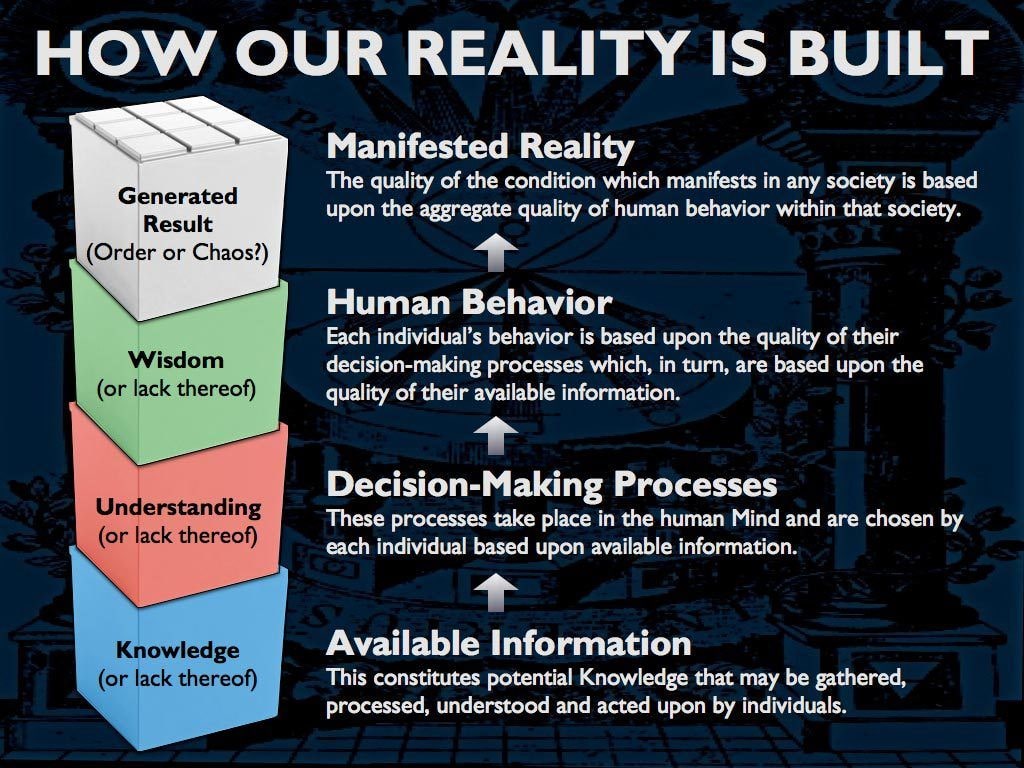 Take one individual. He or she isn’t willing to do the right thing, isn’t willing to speak out against injustices, isn’t willing to stand up for others, or even himself or herself. Multiply this by several billion, add in groups who work to perpetuate this situation, and the result is our world of slavery and suffering.

The solution to creating a positive reality has always been the same. It involves examining our thoughts, feelings, and actions, and aligning them with truth, care, and compassion. When done on a large enough scale, our world will change for the better, instantly. 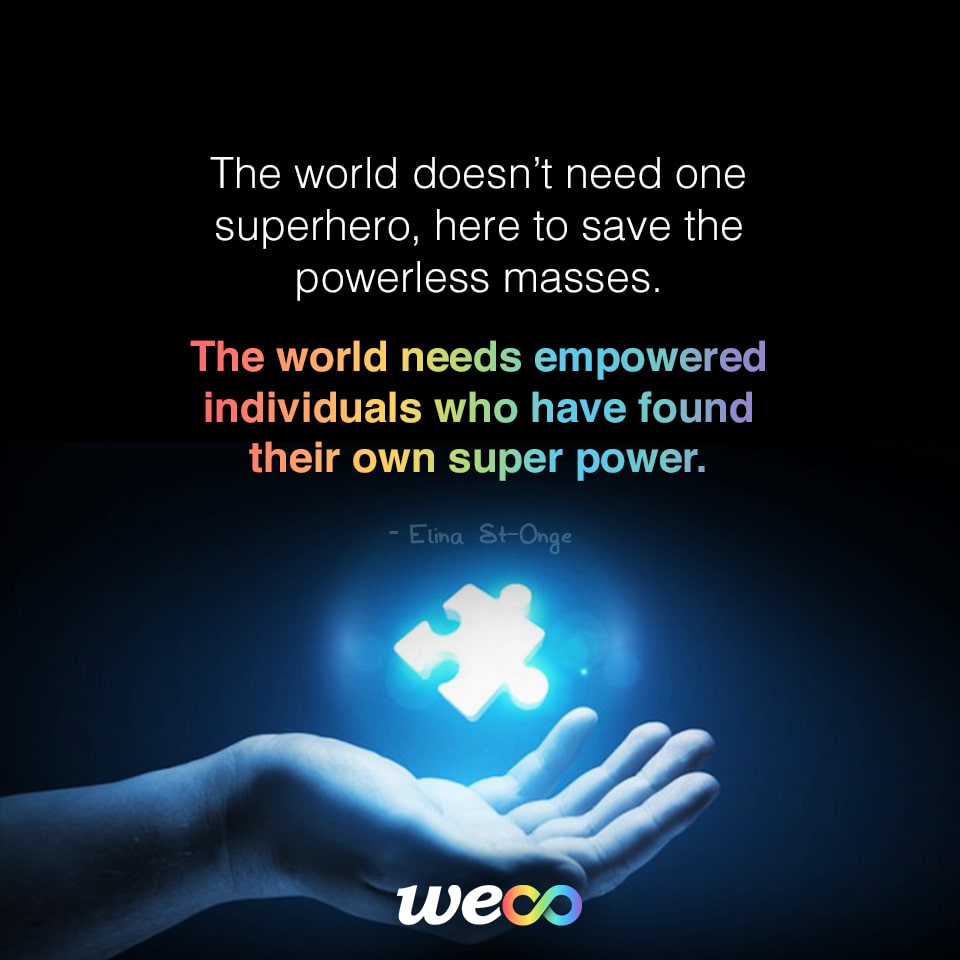 This is how we end all human-induced suffering, and how we end our slavery. 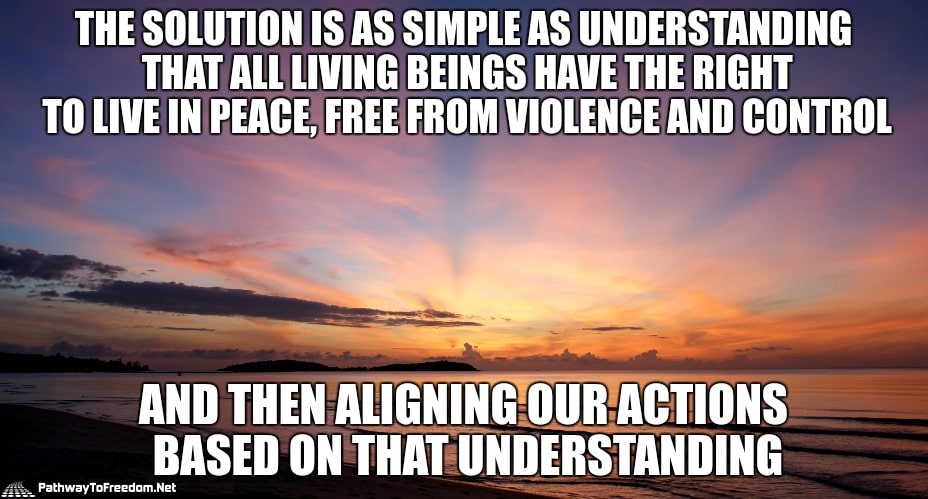 We can refuse to look at ourselves and our actions and continue down the path toward ever-greater suffering.

Or, we can look in the mirror and begin making changes in our lives, changes that will result in not only our freedom, but freedom for living beings everywhere.

It’s not that hard to figure out.

Choosing to elevate our consciousness is the answer.

Qualities of individuals who help contribute to our world of slavery include:

People with these qualities help manifest a world of violence, suffering, and slavery.

Qualities of individuals who are resisting and attempting to build a better world for humanity include:

People with these qualities help manifest a world of peace, order, and freedom.

There are groups working night and day to ensure that most people never make that jump in consciousness, as they would lose their positions high atop the power hierarchy, and humanity would become free. They know that only a people trapped in a state of low consciousness can be ruled, dominated, and will willingly remain as slaves.

Taking the reigns back from those who wish to manipulate, control, and harm means changing from...

When we hand over our responsibility, we end up not growing as human beings. We are then deceived, victimized, and placed in boxes of limitation. 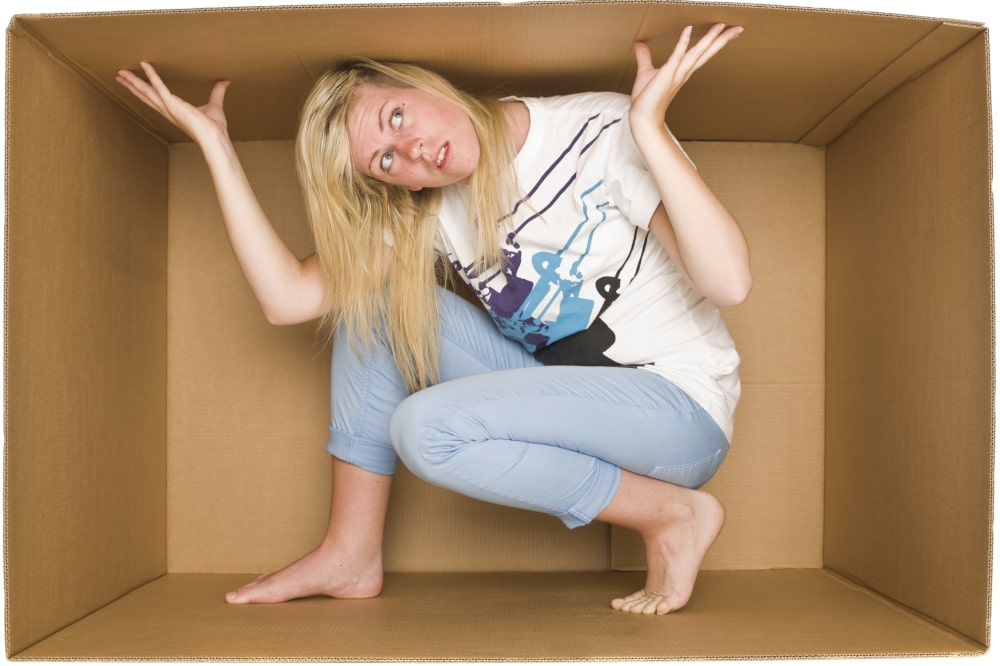 Within these boxes, we are dumbed-down, poisoned, controlled, and easily manipulated. Our power is literally stolen from us.


"When you're born and you live here, you have a certain responsibility to learn and to be aware of what's going on, and if you don't, there are lots of predators, sociopaths, and psychopaths (they're almost all in government), who will just destroy you as much as possible."


Escaping these boxes of limitation requires that we think for ourselves, educate ourselves, and take back control of our lives.

What else do we need to develop in order to change our world?


Compassion is kindness, care, and a willingness to help others, especially those who may be suffering. What other word is hidden within the word ‘compassion’?


What’s a compass? It’s a tool that helps us find our way. It helps us determine our direction. It helps to guide us. The hidden message here is that we should be using compassion to guide our actions. This is our moral compass.

It will always guide us to do the right thing. 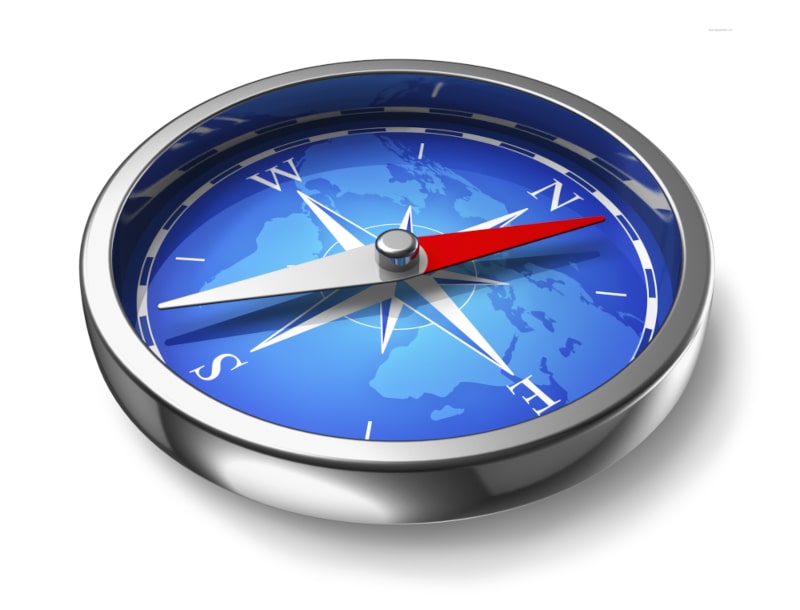 If we’re acting with kindness, care, and helping others who need help, then we’re being compassionate, and we’re following the path of truth. We’re not being misled by those who wish to deceive and manipulate us into being something other than what we are meant to be. 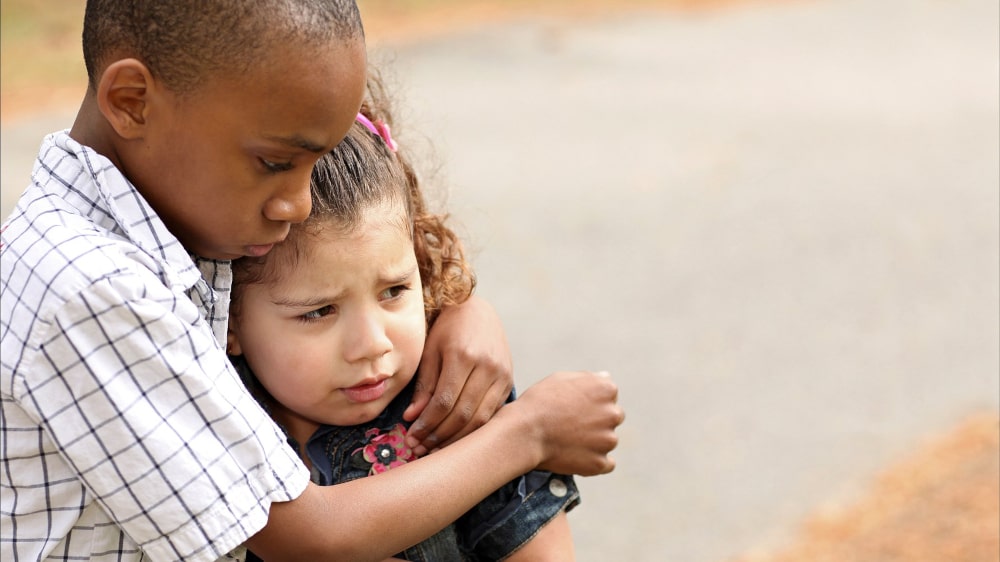 "There is no better exercise for your heart than reaching down and helping to lift someone up." 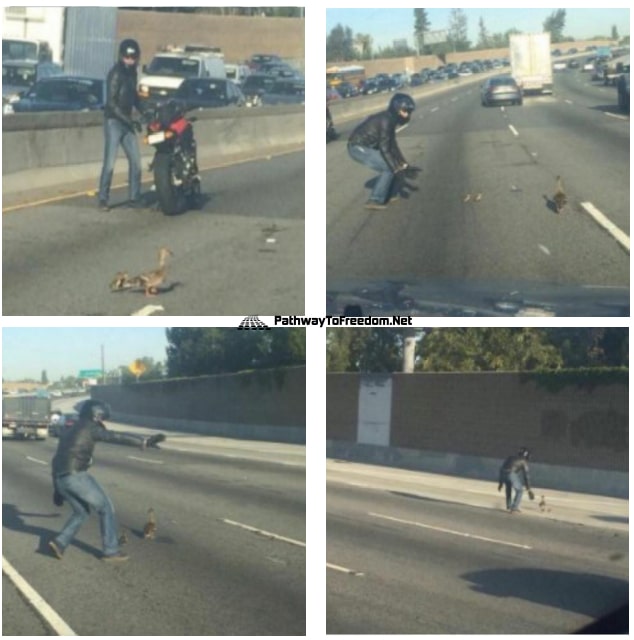 
What we choose to care about is the ultimate generator of our experience in life. When we have true care, we care about all sentient lifeforms, and we treat others the way we would want to be treated. It means we care enough to stand up to evil and do what's right, in every situation, no matter what. 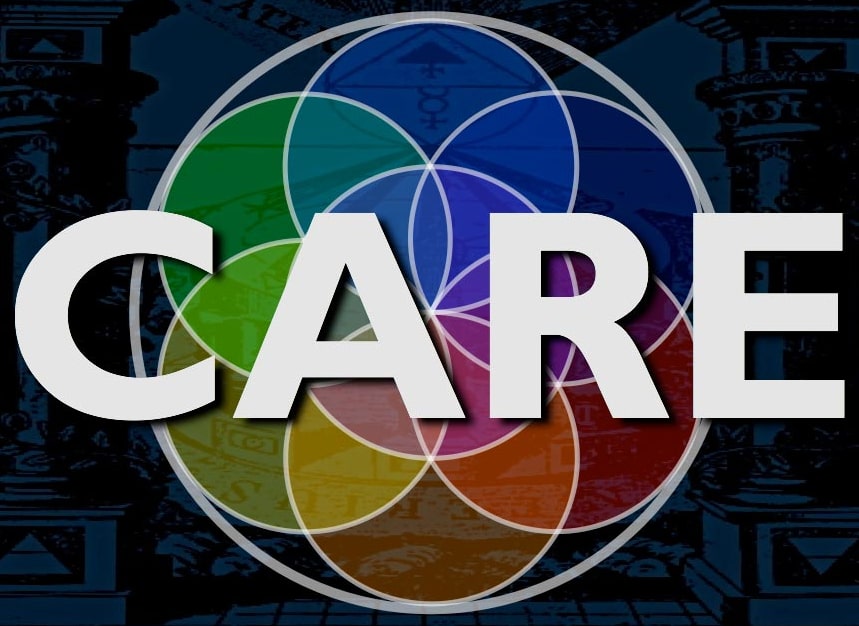 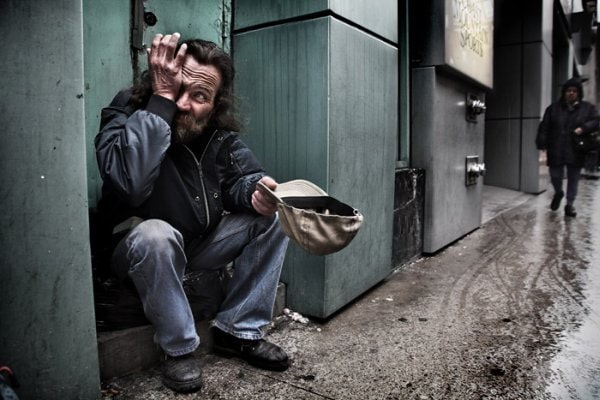 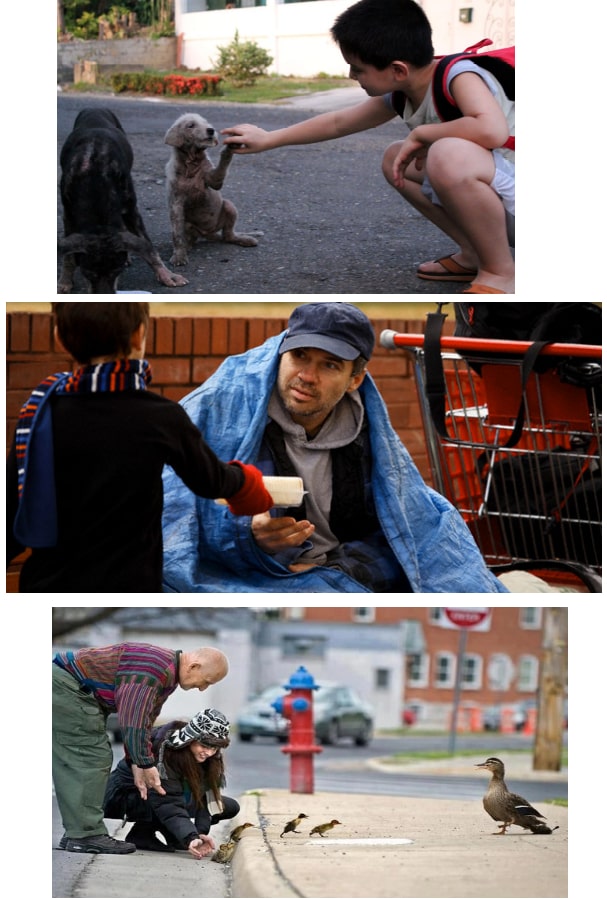 True care is heart-based intelligence. It means caring about things that really matter. People. Animals. Life. Each other.

True care has been mostly suppressed in those who worship money, their careers, their country, and their possessions. While much of the harm in our world is committed by police, the military, and other government agencies, people in all different careers are also casting aside care, and contributing to an increasingly horrific world. For example:

And on and on and on... People all over the world are choosing to ignore the impact they and their employers are having, just for a paycheck. They’re not acting with true care, and they're helping to make the world a living hell for all of us.

In order to change the tide of our world, it’s imperative that we begin examining what we’re contributing to in our jobs and careers. In what are we investing with our time, energy, and talents? What is the impact of our labor? Are we helping to make the world a better place or a worse place?

Right Livelihood is a concept in the teachings of Buddhism, whereby one must examine his or her job and career and determine the morality of his or her contribution to the world. 
Since both industry and consciousness have been largely corrupted, most people are working in jobs that directly or indirectly cause harm to others, and are helping to form the bars of our prison. 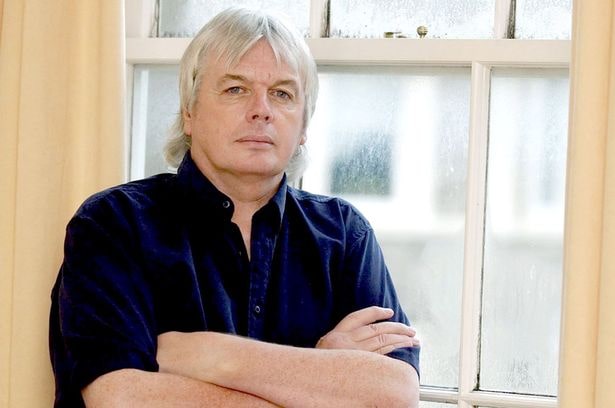 In one of his presentations, David Icke passionately asked the crowd:


But most look the other way, in order to keep getting that all-important paycheck. 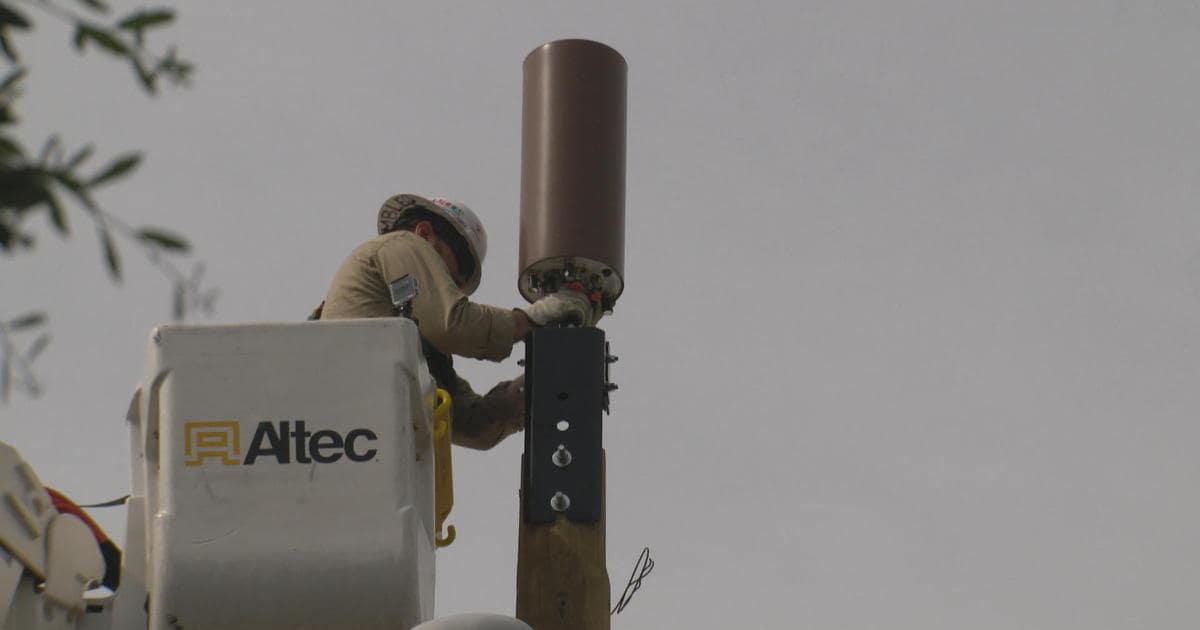 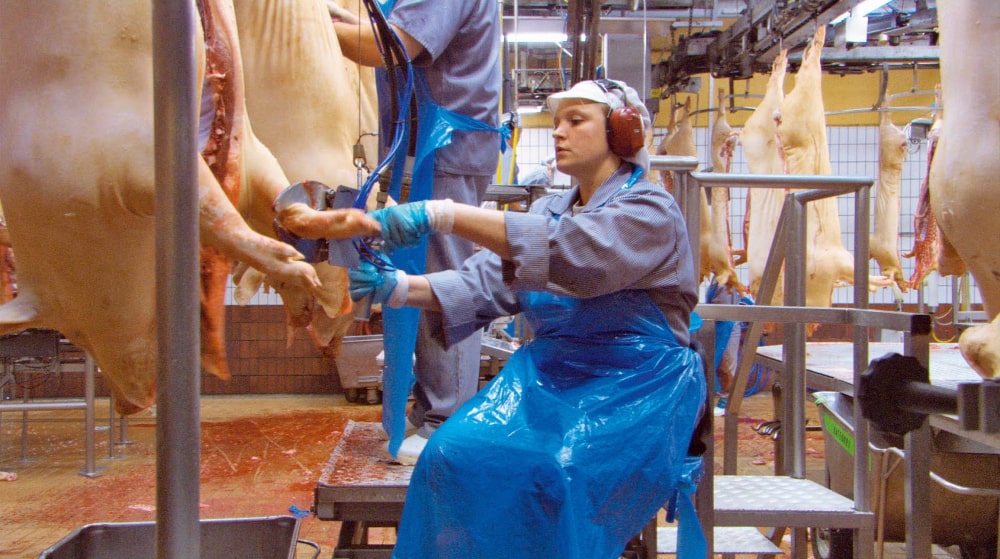 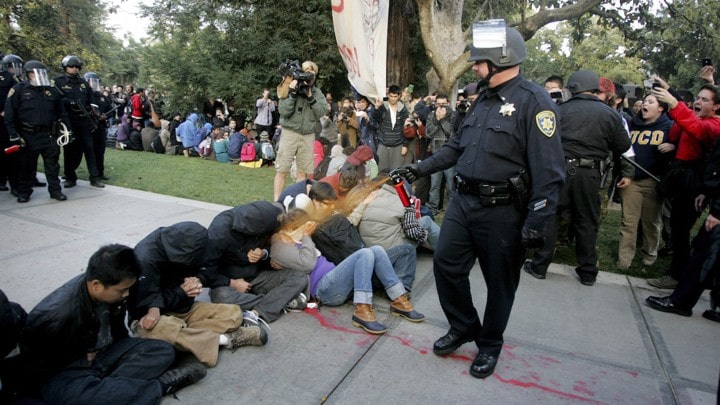 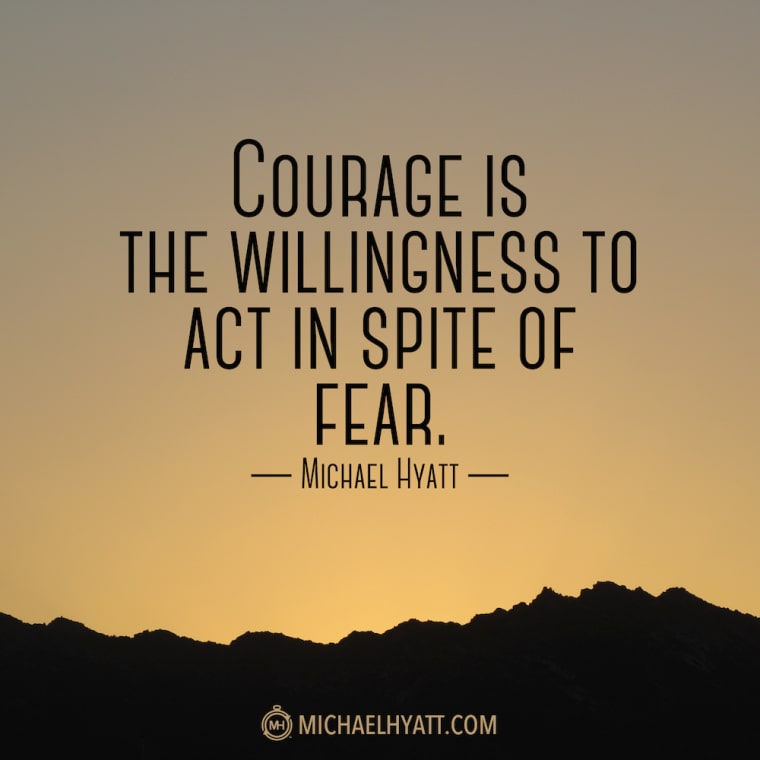 When we have true courage...

It is this level of courage that's required if we wish to see any significant positive changes in our world. 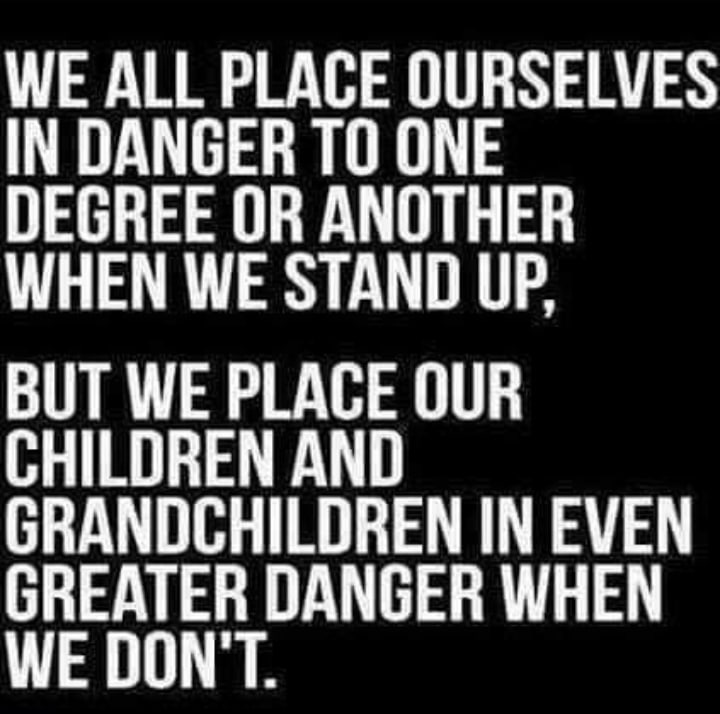 Unfortunately, true courage is lacking in humanity which, as a whole, has been conditioned to be afraid to speak up, stand up, and do what’s right.

The result of cowardice is a failure to speak and a failure to act, both of which are symptoms of spiritual death. 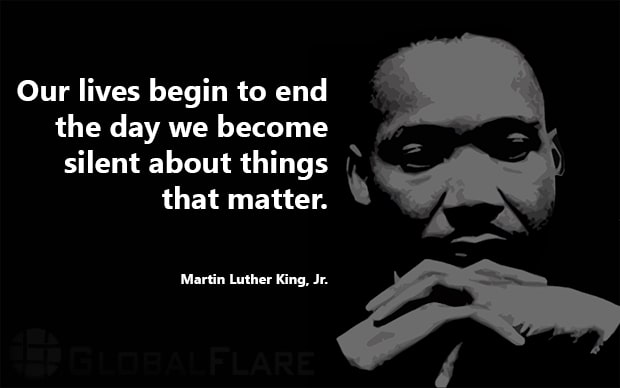 Some have been courageous...


… but many more are needed.


The final piece needed for us to move into a position to create real, lasting change is to develop and strengthen our willpower. 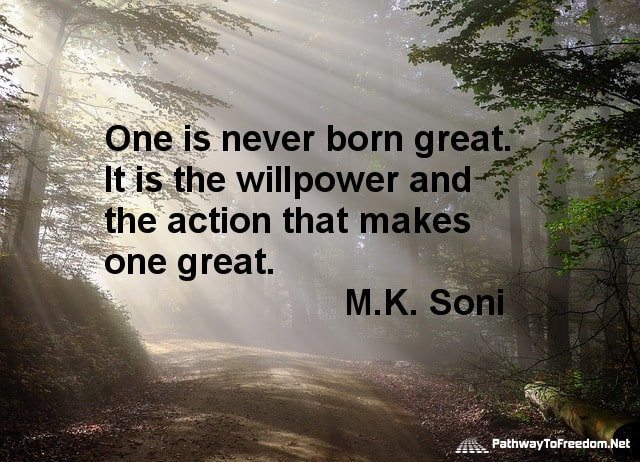 Willpower is having the ability to do something difficult.

When we know something will be difficult, but we do it anyway because it's the right thing to do, we have developed our willpower. 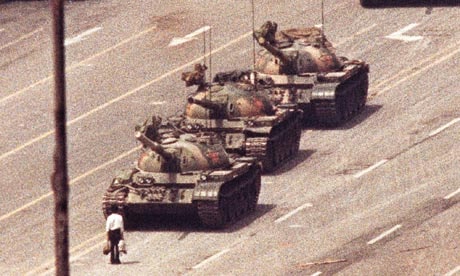 Becoming truly balanced means combining true care with the courage and willpower to take righteous actions based on that care. Once one achieves this state, they are combining the Sacred Feminine and the Sacred Masculine aspects of themselves:

The Sacred Feminine = True Care Combined with Compassion and Truth

The Sacred Masculine = Taking Righteous Actions Based on that Care, Compassion, and Truth

All genders possess both sacred aspects, and must cultivate and balance them in mind, heart, and action. It is the key to becoming free.

Who are some heroes, people who developed true care, courage, and willpower, and who stood up to the control system by doing the right thing, in spite of the consequences?

Kristen Meghan – Kristen spoke out against toxic chemicals that she suspected were being sprayed in the air by the U.S. Military. She was fired from her job and threatened, but spoke out anyway. 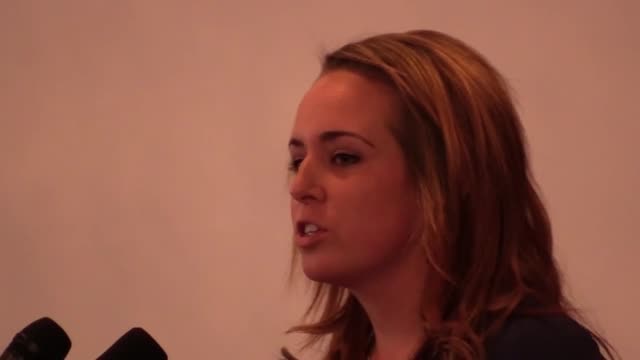 Ted Gunderson – Ted Gunderson was a former FBI chief who spoke out against the criminal groups that have taken over the United States and are running a massive child trafficking ring. He was attacked and ridiculed for doing so but he perservered. Now his books, presentations, and legend will live on forever. 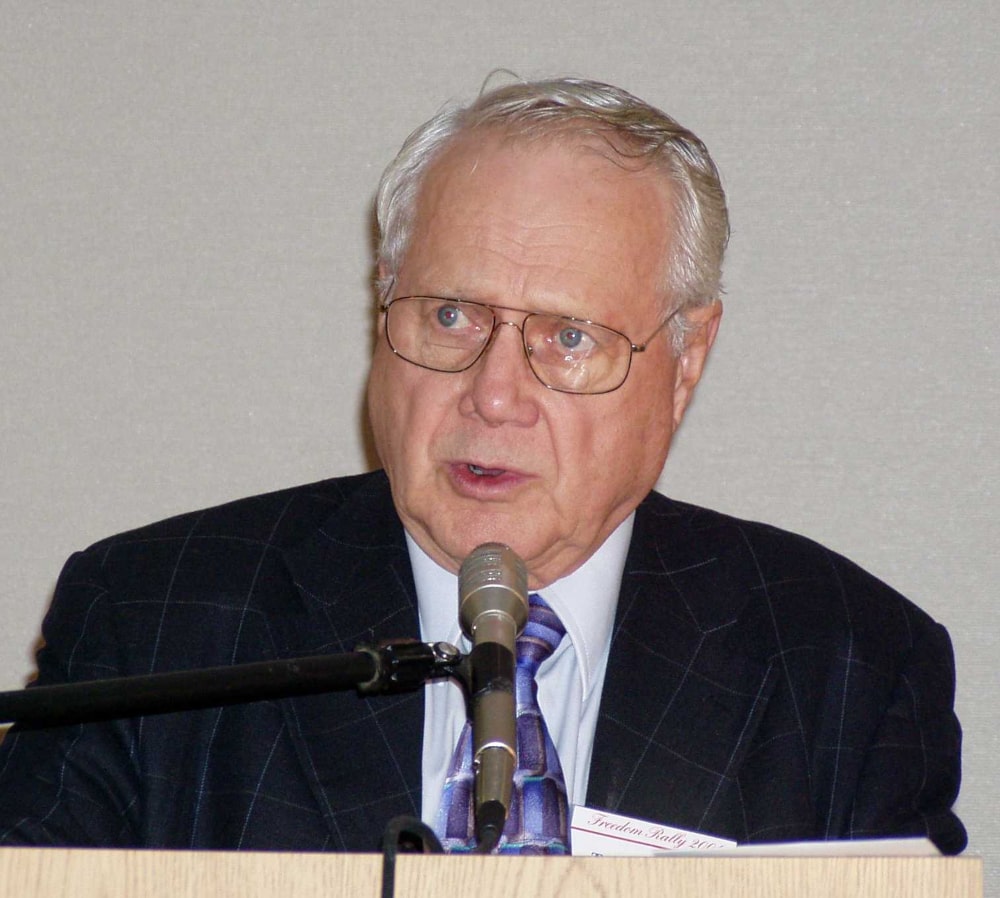 Dr. Andrew Wakefield – Dr. Wakefield helped expose scientific fraud associated with vaccines and was viciously attacked by the mainstream medical industry as a result. His mainstream career was destroyed, but he did the right thing, and has given people a chance to protect themselves and their children from disease and death. Many thousands if not millions of children will escape certain injury and death in part because of his choice to do the right thing. 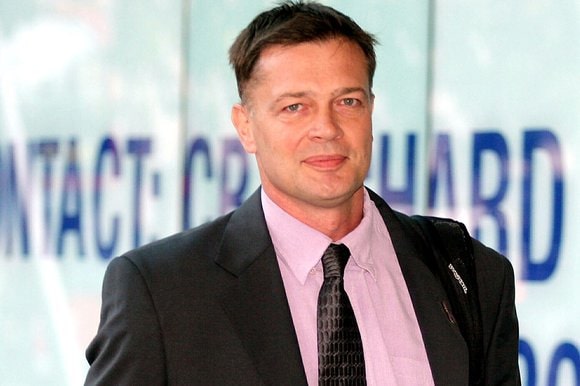 Amber Lyon – Amber was a journalist for CNN until she spilled the beans by revealing to people that she and her company were paid to lie by the U.S. Government (and other governments). She lost her job but did the right thing. Due to her bravery, she helped people see that the mainstream news isn't telling anyone the truth. On one of her websites is a quote by Laurel Thatcher Ulrich: “Well-behaved women seldom make history.” 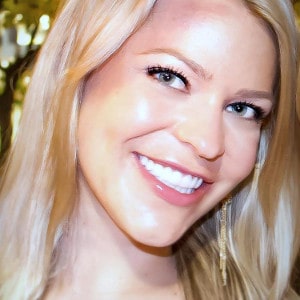 Arnold Abbott– Arnold fed the homeless, in spite of it being illegal and being arrested on multiple occasions. He did the right thing by ignoring an immoral law in his community, and has inspired countless others to do the same. 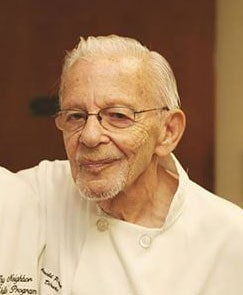 Young Israeli Military Objectors – In Israel, the youth are told they must serve in the military, but a small number of young Israelis have recently started refusing. These youth understand morality, their rights, and the truth that committing violence against others is wrong. As a result of their refusals, they're being sent to jail, but they don't care. Wrong is wrong and they're willing to sit in jail to stand up for what they know is right. 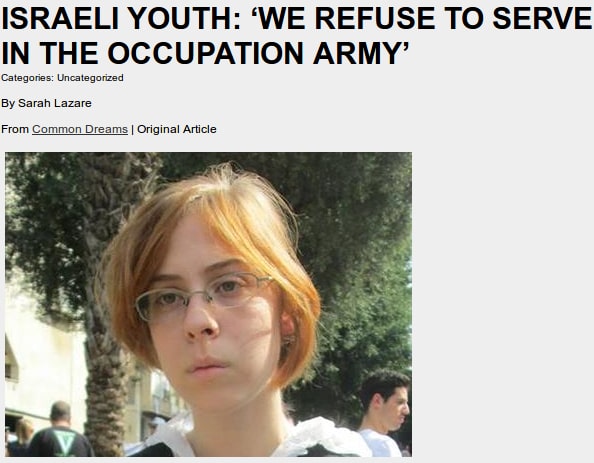 Dr. Andrew Kaufman – Dr. Andrew Kaufman risked his career and his life by choosing to speak out against the Coronavirus Pandemic Scam. Dr. Kaufman was attacked by those within his industry and fired from his job, but he continues forward in an effort to get the truth out to as many people as possible. He is a hero in the truest sense of the word, fighting for humanity's future. 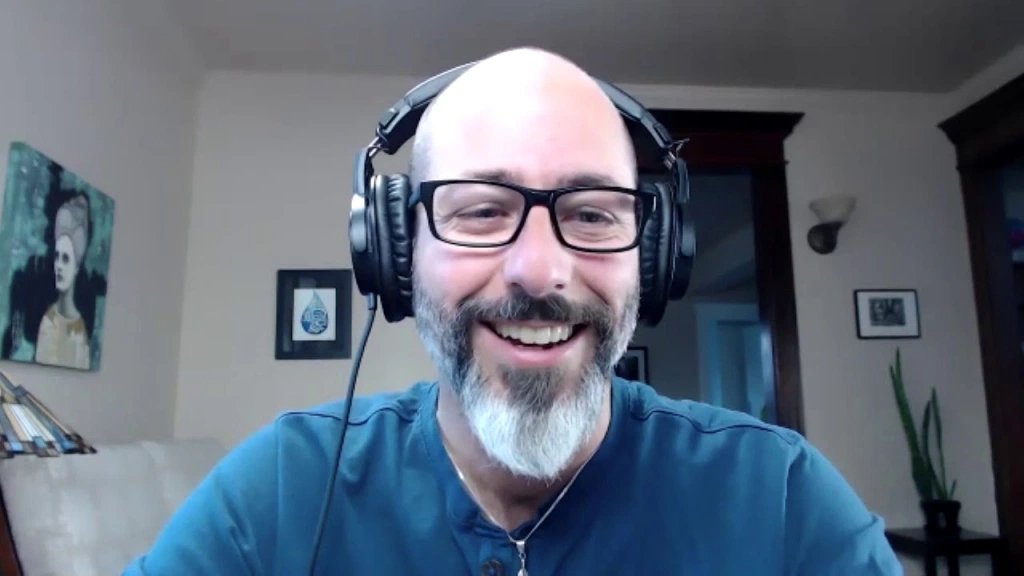 This is just a small sampling. Awakened people all over the world are being courageous, honest, and doing the right thing, in spite of any consequences they may face. 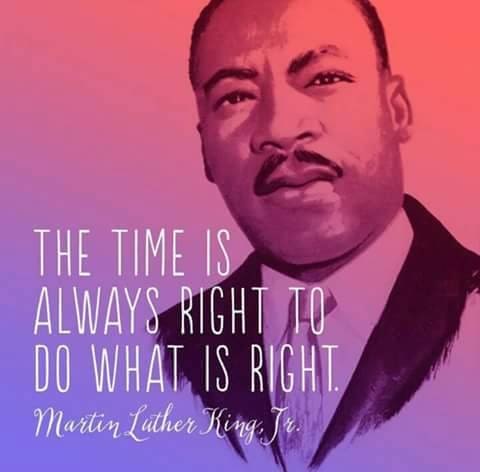 By combining knowledge of truth with true care, courage, and willpower, each of us can become powerful, and begin shifting the tide of our world. 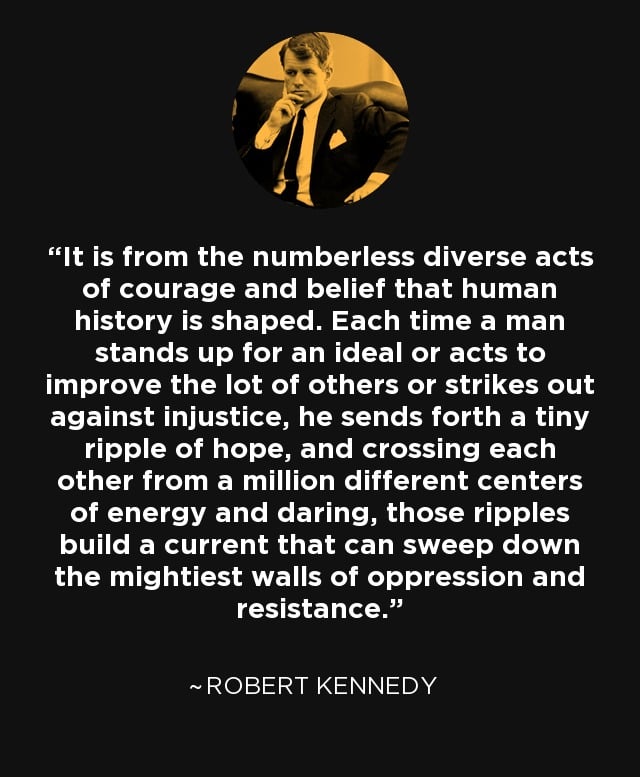 Back to the Section 9 Menu